Today’s post is from Chris S. regarding the ground clearance activities ongoing at Angler’s Lane, Spondon, over the last few weeks.

“After over a year of waiting to get out and deal with some dangerous Willow trees on the Anglers lane we finally had the chance to fight through 50 odd years worth of overgrowth and old rubbish. The trees were noted officially some time ago that due to their condition and lean angle especially over the footpath, they had to come down. A few large branches had fallen onto the allotments just about a year ago.
After a few weeks of cutting, digging, winching etc the area looks safer and clearer with many logs stacked for free collection and many loads delivered for free in a Socially Distanced manner. We noticed that all the cut trees, because of their lean angle were cut vertically and sort of presented themselves well for a bit of artwork hence the goggle faces, the four Owls and now a squirrel.
Little did we know how popular the faces would turn out and after the year we’ve all had it so nice to give passing folks a smile.
There still much to do at Anglers lane to tidy up and yes we do want this stretch back in water….whatever it takes!”
Enjoy the photographs below, and if you get a chance and live local I highly recommend you go along for a look in person! 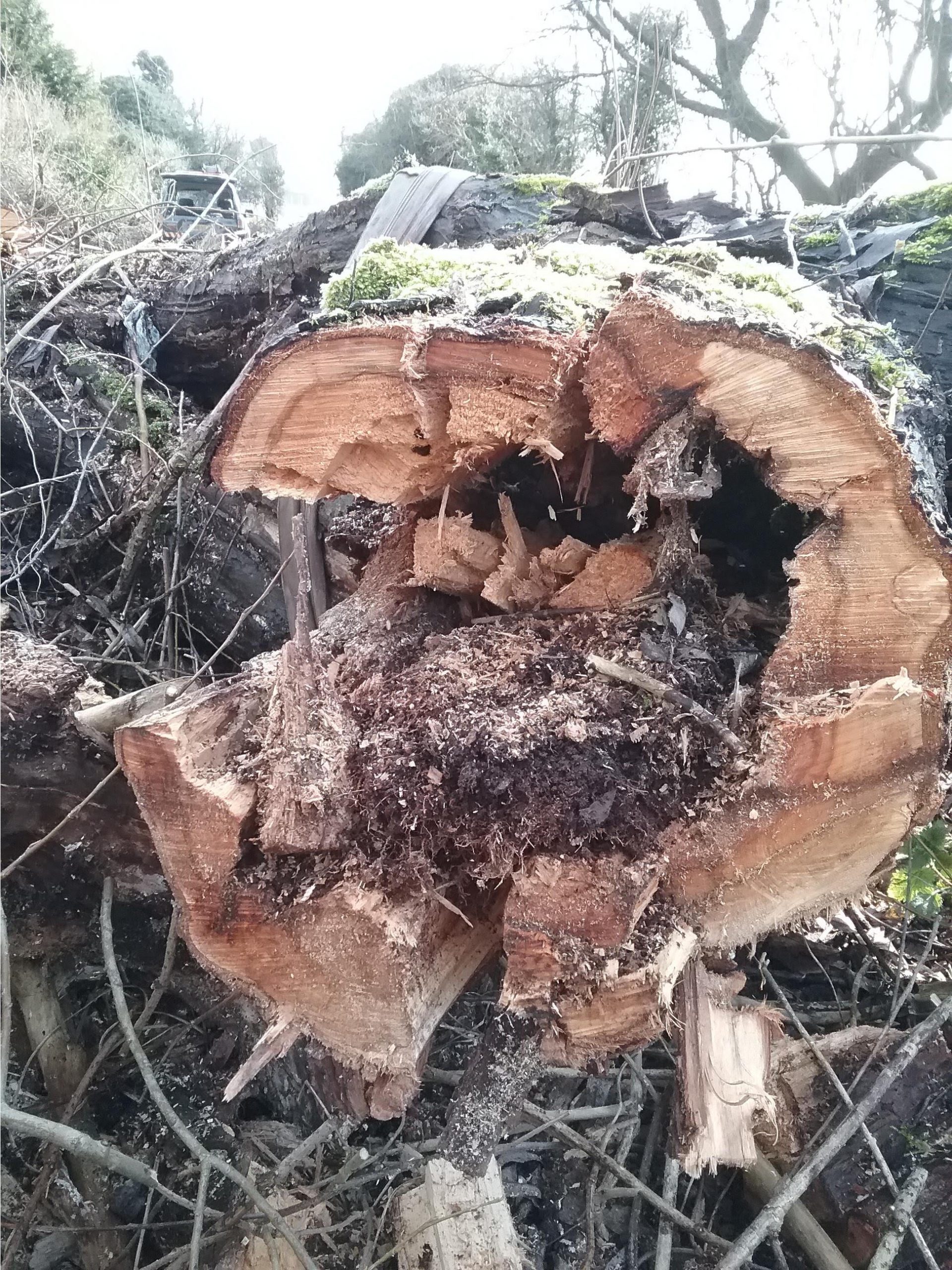 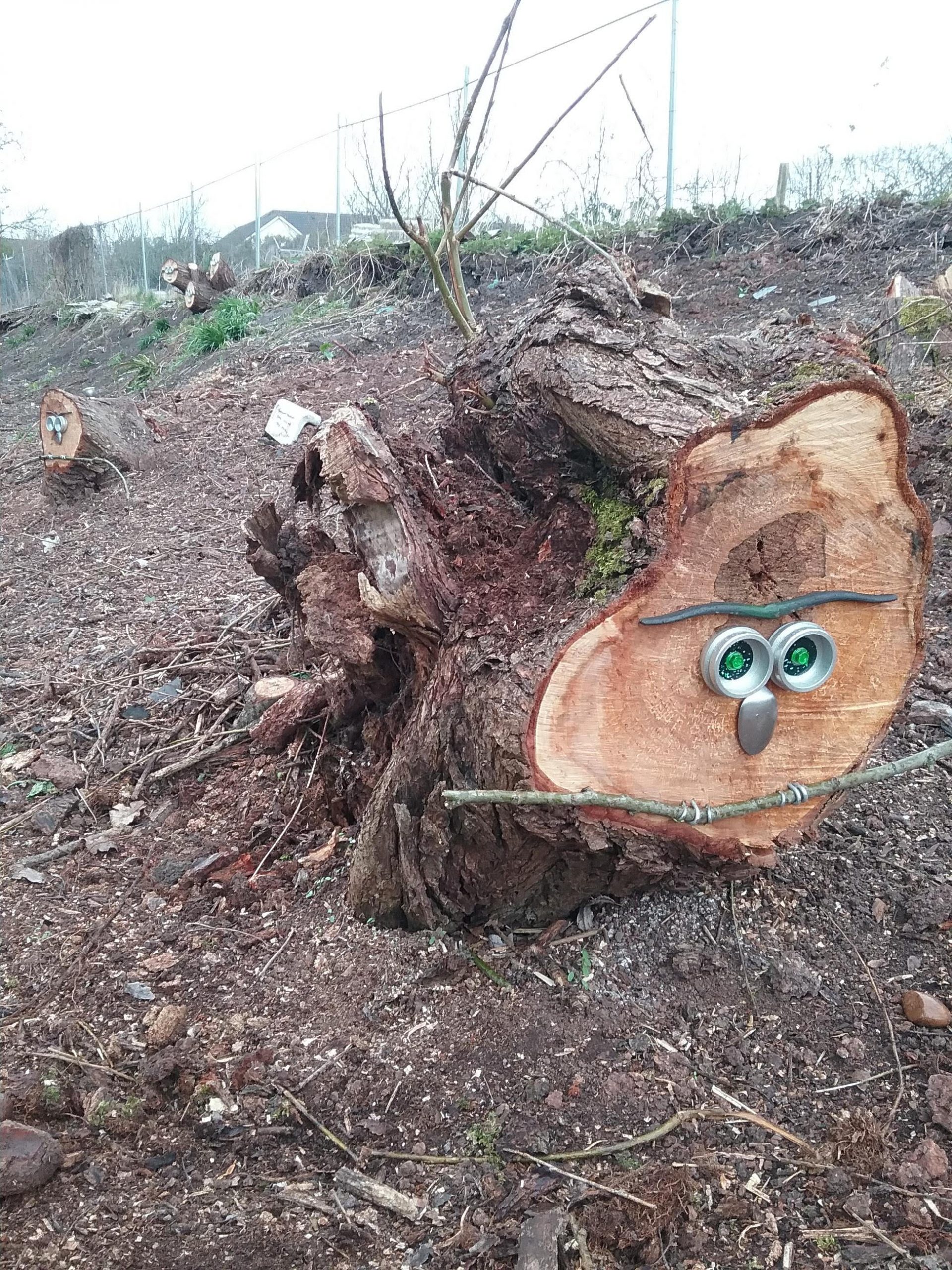 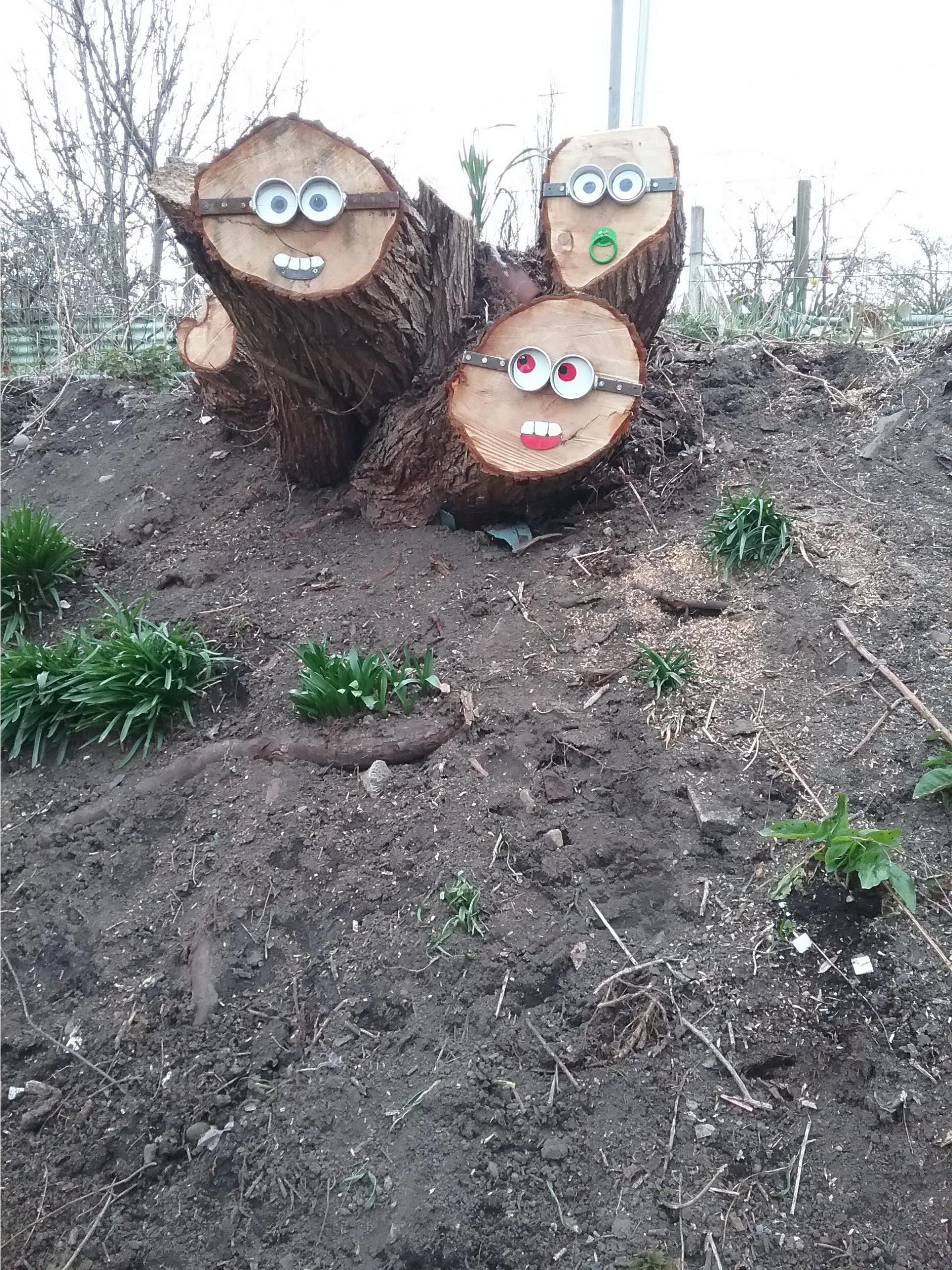 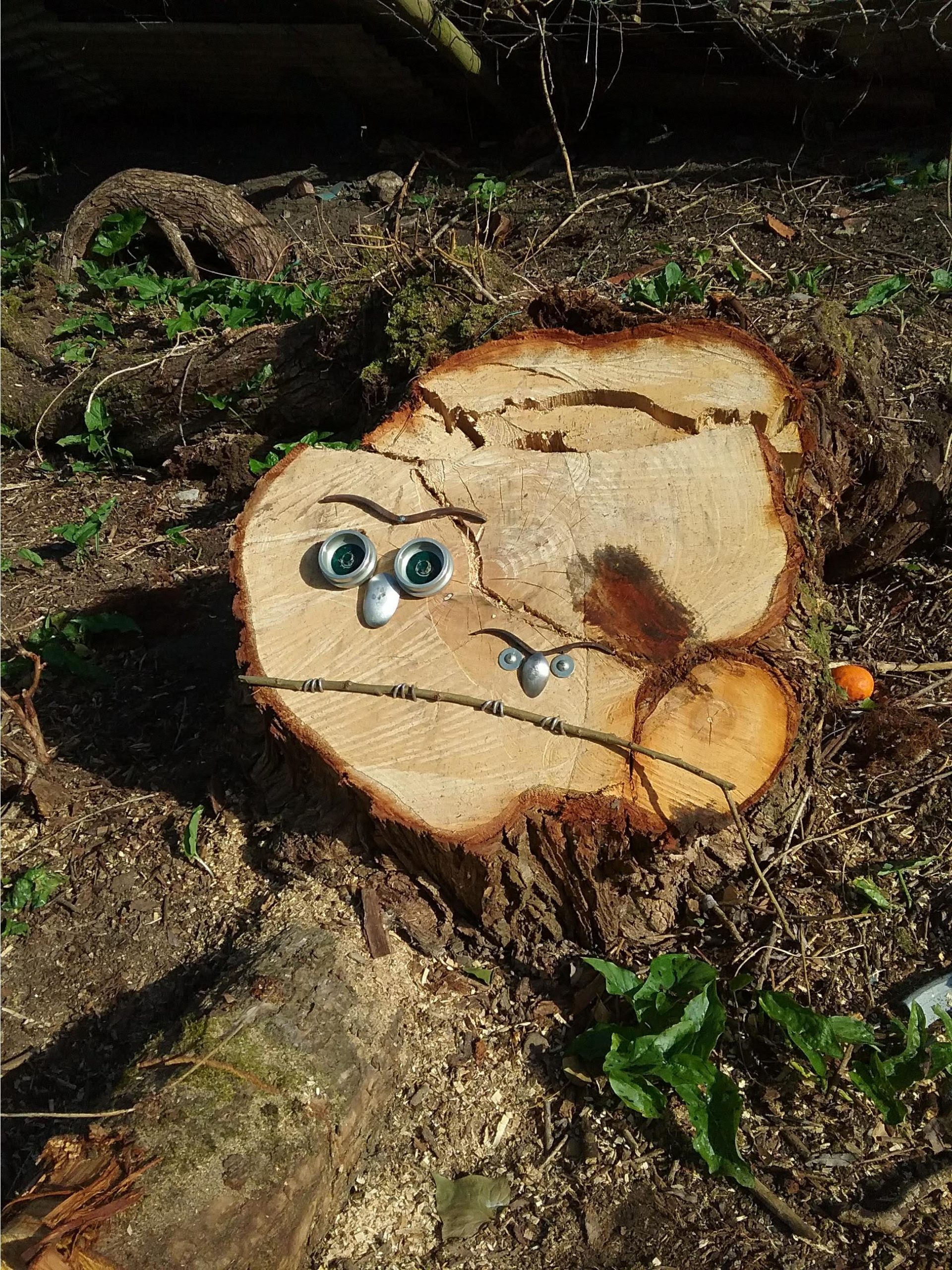 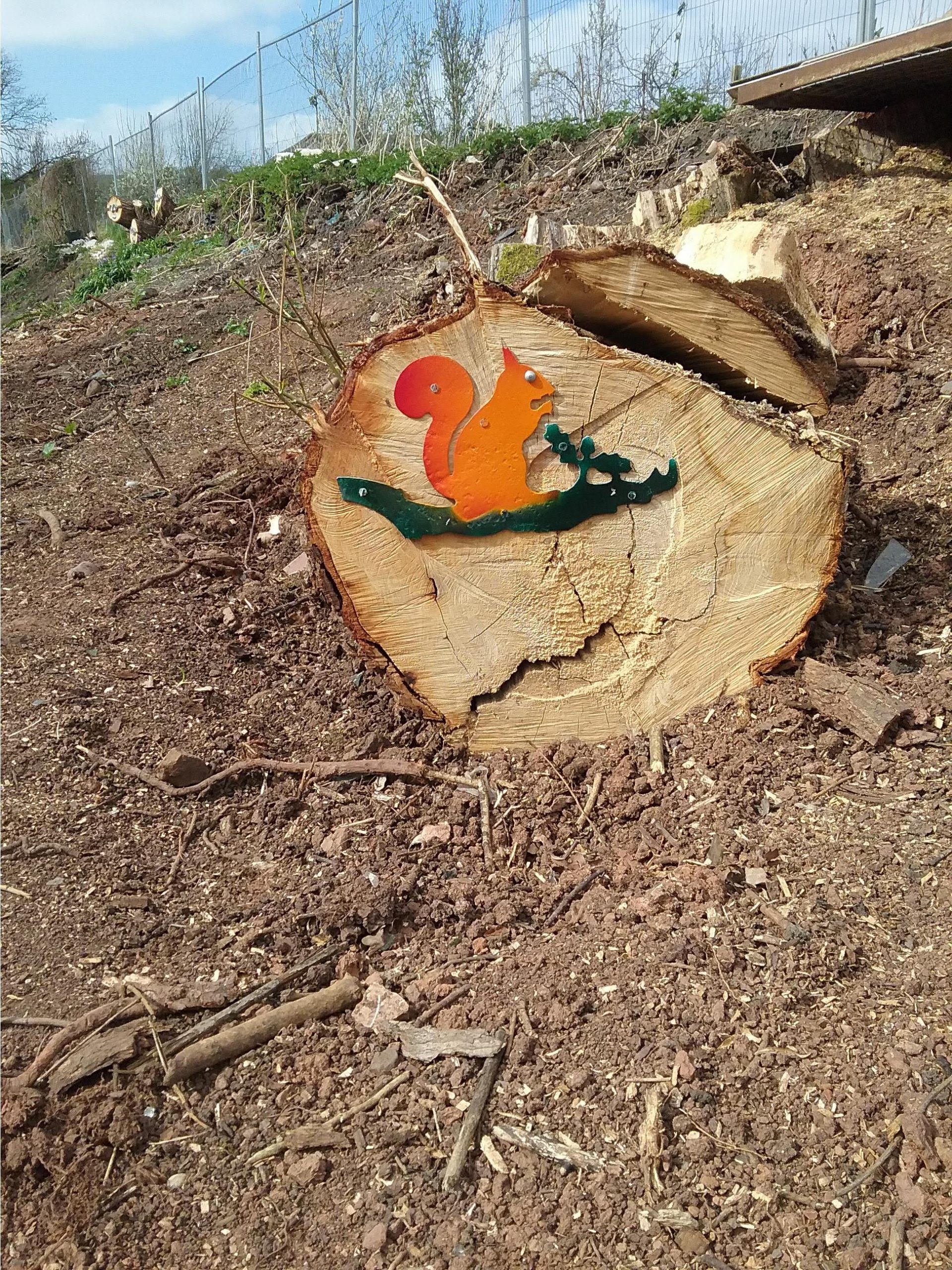