Below is a copy of the press release that went out in support of the restoration work along the Draycott “Golden Mile”. Read more about the developments at Draycott as the work progresses here.

Network Rail is investing £350,000 to help restore a section of the historic Draycott canal route in Derbyshire to reduce flooding on the railway, rebuild heritage and create new recreational facilities for locals and tourists alike.

The section to be restored, known locally as the Golden Mile, was infilled in the 1960’s after freight trade stopped using the waterway. In 1999, a drainage ditch was installed along the canal route to help to prevent flooding on the nearby Midland Main Line, which connects Derby and London. Whilst this did help, increased rainfall has seen the railway flooded 19 times in the past eight years, costing around £2million and causing over 357 hours, a massive 14 days, of delays for passengers.

Work on the scheme starts today (Monday, 9 November) and will see a 1.1km stretch of canal restored, as well as low points of the canal bank raised by 1 metre to reduce the chances of water overflowing onto the nearby rail route. This will help to create a more reliable railway and reduce train service disruption for passengers. This is a key step in reducing flooding in the area, but further work will also be required.

Network Rail’s contribution joins a £100,000 investment, which has been fundraised by the Canal Trust over the last three years.  As well as reducing flooding, the project will create a new section of canal which can be used by boaters and will ultimately form part of the restored canal to Derby. New leisure facilities will also be created, providing provisions for angling, canoeing, paddle boarding. and even outdoor swimming, Existing facilities for walkers, cyclists and horse riders will also be improved with the current footpath re-laid.  An old mill, which was built in 1812, will also be restored and turned into a community hub, with toilets and a café for visitors.

The scheme will also bring significant environmental benefits. The reopening of the canal will improve biodiversity in the area through planting native plants to support insects, amphibians, which will encourage birds into hawthorn hedges, which the Derby and Sandiacre Canal Trust have already created. Water voles already live in the area and the works will be carefully managed to protect them on site until they can be released back into the canal when complete. The new arrangements will provide a much better habitat allowing them to thrive. The scheme is expected to complete in Summer 2021.

Gary Walsh, Route Director for Network Rail’s East Midlands Route, said: “This is a fantastic project and we are proud to be a part of it.

“We have seen issues with flooding at Draycott over the past few years and this work will help to reduce this. Whilst further work will be needed to solve the problem, there is an important step in reducing delays for passengers.

“We’re really proud to be working with the community on this and it’s great that we can play a part in a wider scheme, which will benefit both residents and visitors in Derbyshire, help to boost the economy and restore this section of the canal to its former glory, preserving vital heritage.”

Chris Madge, Chairman for Derby and Sandiacre Canal Trust, said: “We’ve been working for many years to bring this project to fruition and we are delighted that work has been able to begin today.

“We are very grateful to Network Rail for working with us and providing the final piece of funding which will mean we can prevent flooding on the railway, as well as bring about change which will have a lasting impact on the community.

“The fact that local supporters have donated over £100,000 demonstrates the groundswell to preserve heritage in the area. Our redevelopment of an old mill building adjacent to the canal section to provide a café, museum and housing, will attract many more people out to enjoy the wonderful countryside, wildlife and activities on offer.” 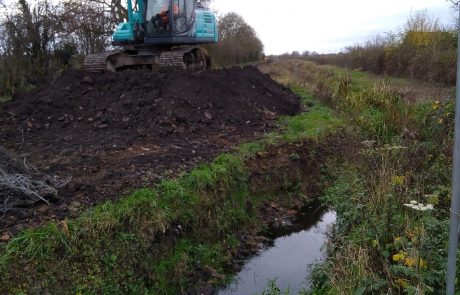 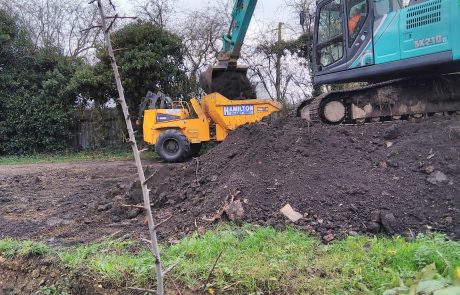 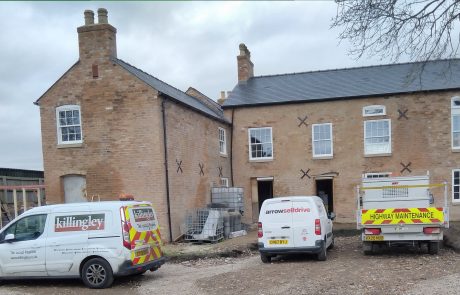