IWA/WRG visit to the Derby Canal in August 2021

IWA/WRG visit to the Derby Canal in August 2021

In 2018 & 2019, we were successful in being able to secure a Canal Camp from the Inland Waterways Association / Waterways Recovery Group (IWA/WRG) to visit the Borrowash Bottom (Shacklecross) Lock to help rebuild the lock chamber, which was damaged during the in-filling of the canal in the 1960/70’s and the dig out in the 1990’s.

Following the 2019 visit, we arranged for a follow up visit at the end of July 2020. Unfortunately, due to Covid-19 pandemic, this visit was cancelled.

As things started to ease at the beginning of 2021 plans were put in place for the same time in July in 2021. The visit to Borrowash was planned as the first Canal Camp of a limited season of camps for the 31st July, with reduced number of volunteers. Subject to the easing of the restrictions in the 4 weekly sequences, heading towards a possible full relaxation at the beginning of July. Unfortunately this was further delayed to the 19th July.

During this relaxation period, the IWA/WRG board met frequently and put together various rules and restrictions that the accommodation and sites had to conform to before approval could be given. With the delay of the final relaxation of Government restriction, we became more concerned that if the board delayed approval till the 19th we would not have enough time to organize materials, equipment hire and confirm the hire of the West Hallam Village Hall for the accommodation for the week. The board took a calculated risk and agreed that the camp should go ahead on the 13th July, with a reduced number of volunteers. Previously we had around 20 volunteers and our own volunteers could help out. This year we only had 12 WRG volunteers and our own volunteers could not help, as the WRG volunteers had created their own ‘bubble’ for the week.

Luckily, the Village Hall committee was fine with the late confirmation and our suppliers were able to arrange deliveries of the materials and equipment prior to the arrival of the WRGgies.

The hire equipment was delivered to site on the Friday afternoon and stored in a ‘heras’ fencing compound we had constructed. The special lime for the mortar mixes was delivered on the Wednesday and sand, cement and gravel on the Friday morning. So we were ready for them!

They started to arrive at the Village Hall on Friday night and made themselves at home. They had to ensure that all the sleeping arrangements allowed at least 2m away from their neighbour in the hall and couple of volunteers slept outside or in their car to ensure there was no overcrowding. They bring with then all their own plates, mugs, glasses, pots & pans and a ‘Burco’ for the, all important, tea and coffee on site through the week.

After site visits and H&S paperwork that the IWA/WRG insist on, during Saturday, work started on site at 9am on Sunday morning.

The planned work, for the reduced number of volunteers, was to complete ‘Tina’s’ wall to the north side below the lock, complete the wing wall on the south side above the lock, repair the anchor stone to the south side top gate recess and complete the north side wing wall above the lock. While doing so create the entrance to the bywash. We also planned to repoint the south side wall below the lock. As we had hired an excavator to help move the stones around, we also planned to excavate around the weir that we had found on the norths side by the cycle path. We also needed to enlarge the drainage ditch from the lock to the Ock brook, where we had previously had problems getting into the ditch as it was only 6” wide at the bottom. Colin also transferred a lot of soil from the dig out and the piles above the lock to infill behind the stone walls and landscape the top of the lock.

Given the good weather, and a supply of ice creams every day (thank you Don and Joyce), we were able to complete all the planned jobs. Our own volunteers are now finishing the landscaping and Peter Ball is planning to get some more grass seed.

The WRGgies managed to keep themselves occupied in the evenings with a movie night in the hall and a trip to the ten pin bowing alley in the Derbion centre. It also helped that the local pub in West Hallam was across the road from the hall?

I would like to thank the people and companies that have supported us for this visit of the IWA/WRG to Borrowash Bottom Lock.

They are – West Hallam Village Hall committee for use of the hall and West Hallam Well committee for use of the marquee. Total Hire, HSS and Brandon Tool Hire for the hire equipment. Browns Builders Merchants, Travis Perkins and Mike Wye Ltd for the sand, cement and lime. Erewash Borough Council and Breaston Junior Football club for use of there ground above the lock chamber and the toilet and shower facilities in the sports pavilion. Not forgetting the customers of the Borrowash Coop store and the Coop Community Fund who’s generous donations this year has gone a long way to paying for the IWA/WRG visit.

The WRGgies have almost completed the restoration of the lock, to a point that there is not enough work for next year on the lock. So we are going to have to look at another site for next year?

A selection of various pictures from the week have been added to this web post. Special thanks to Louise Bellaers, who as a professional photographer on ‘holiday’ with the WRGgies couldn’t resist taking a few pictures. Lou’s pictures are the good ones and mine the plain ones! 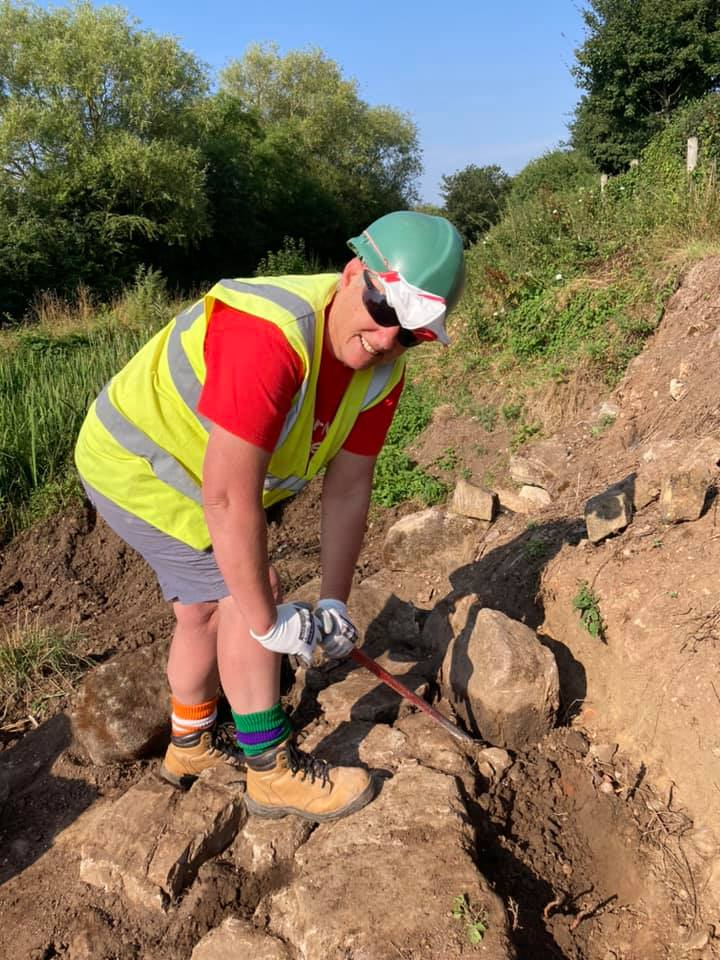 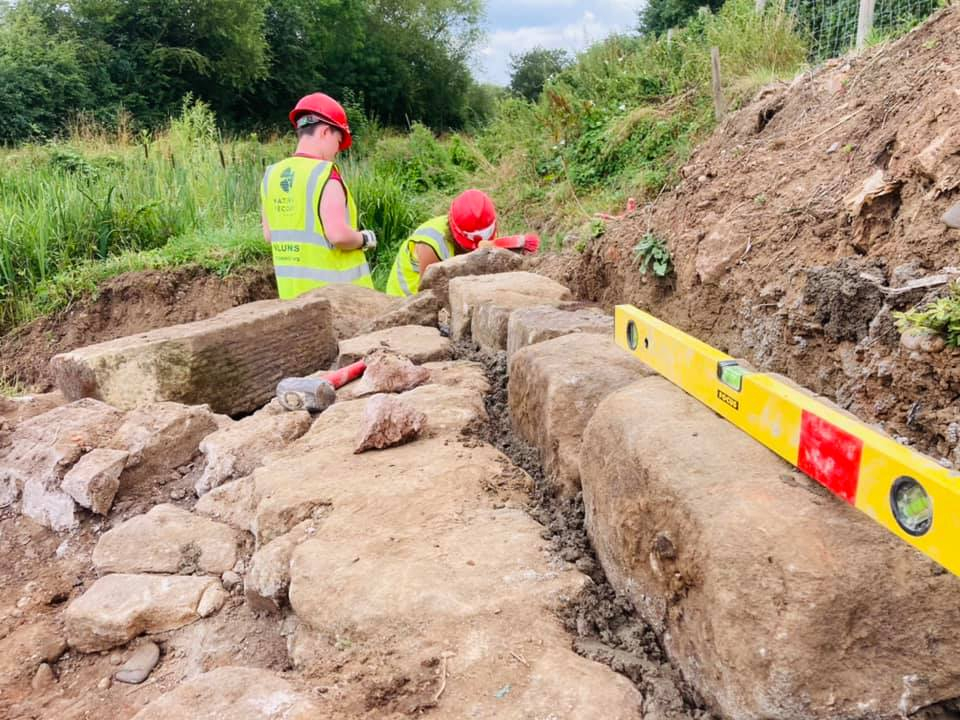 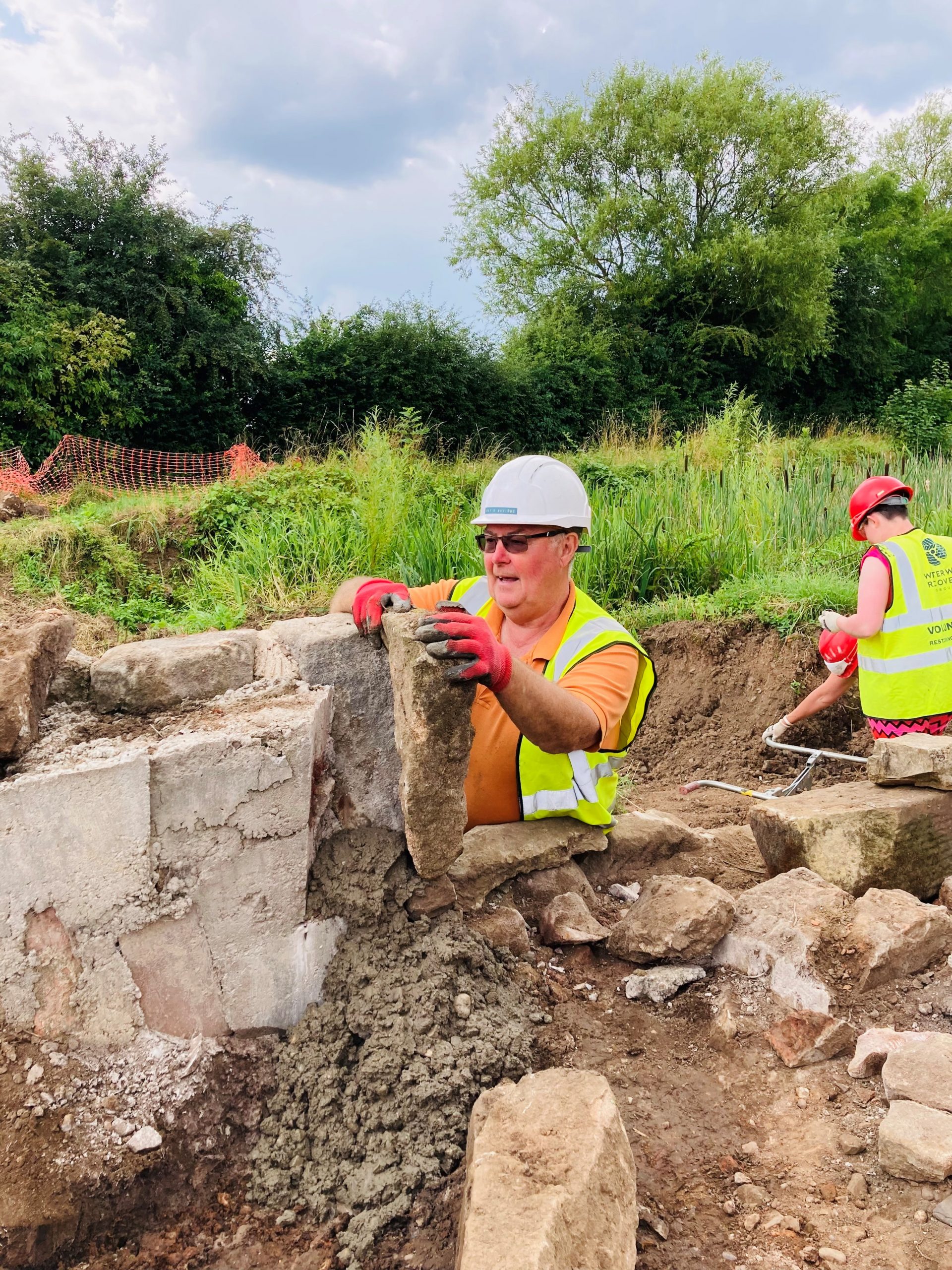 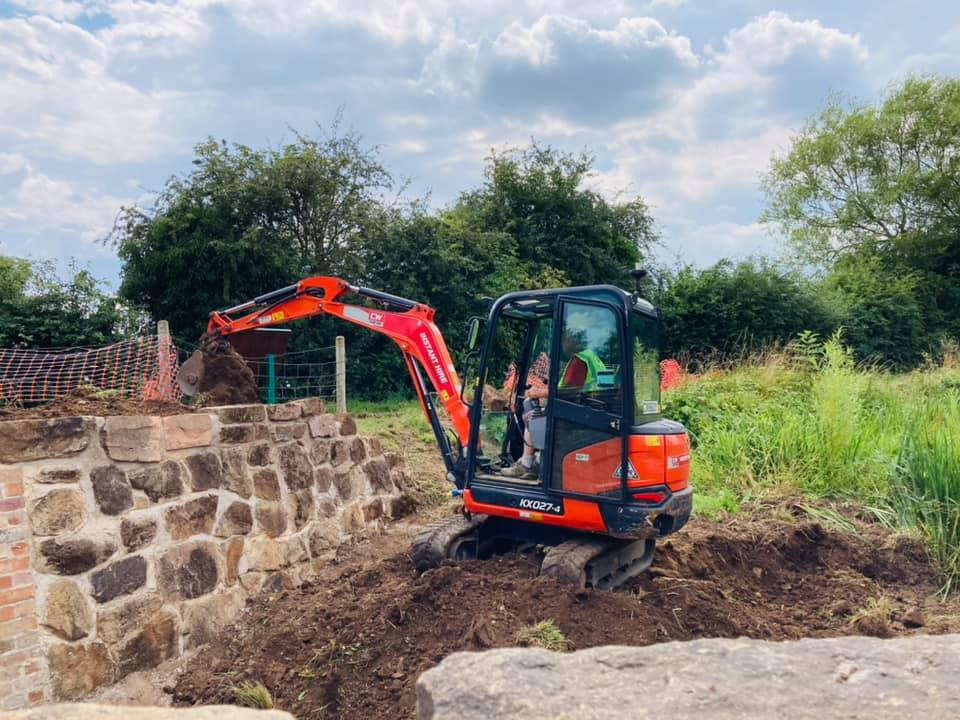 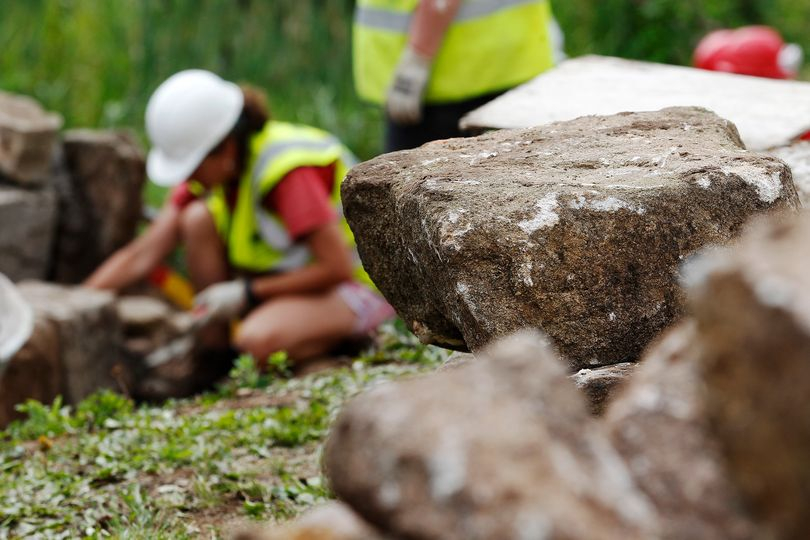 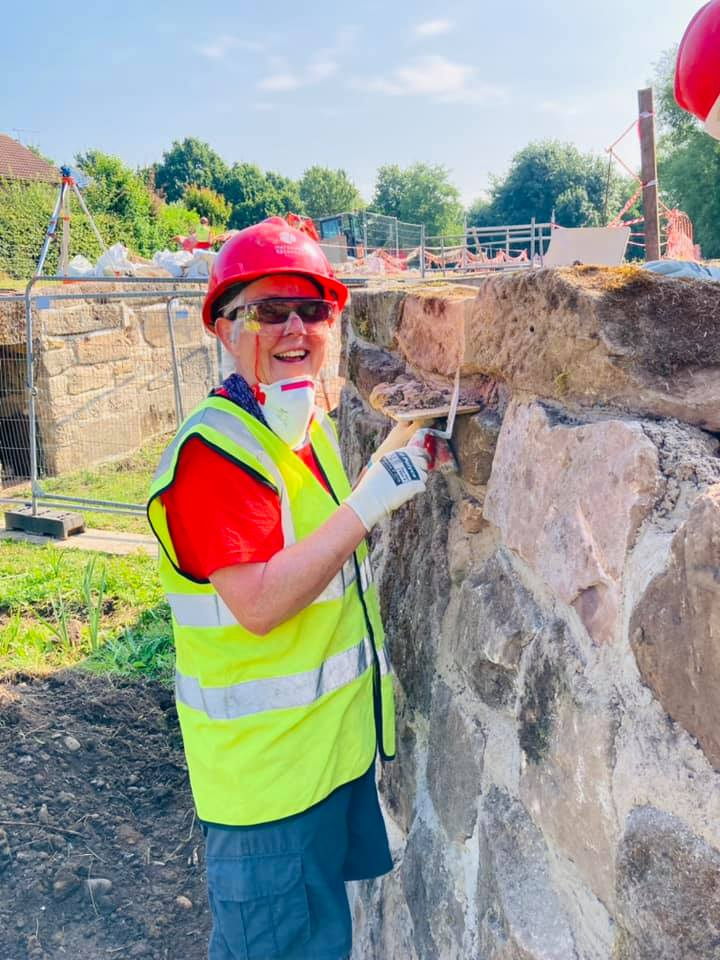 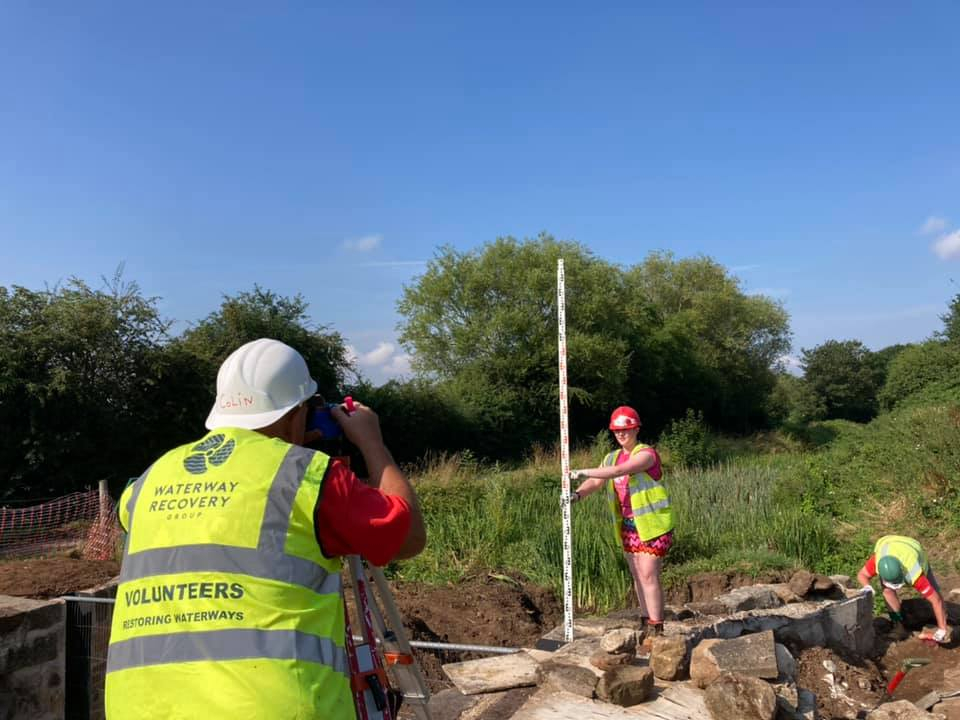 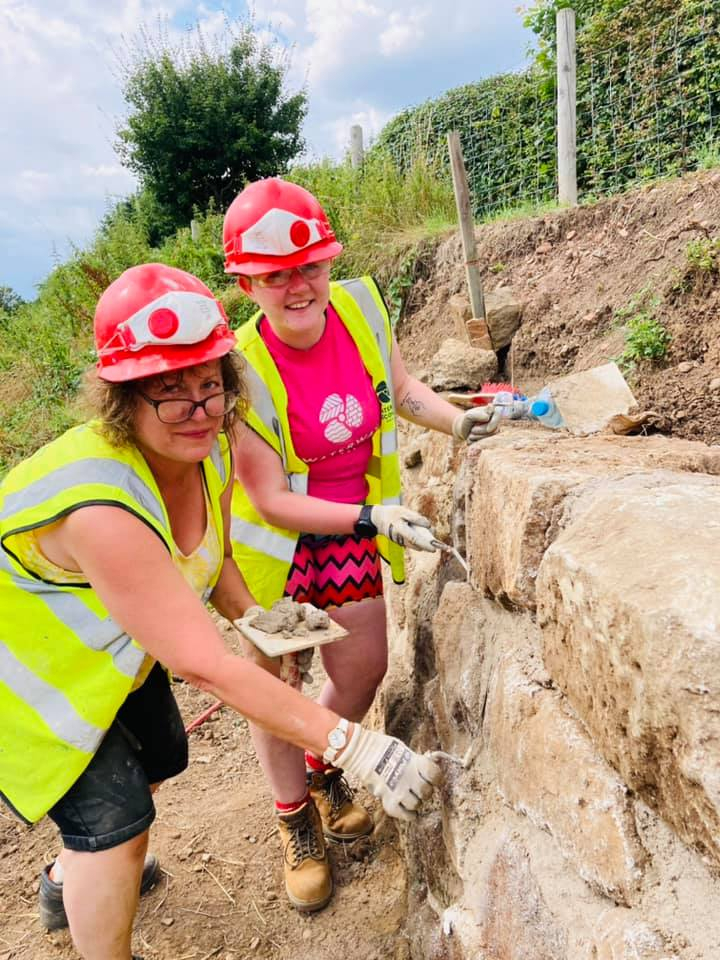 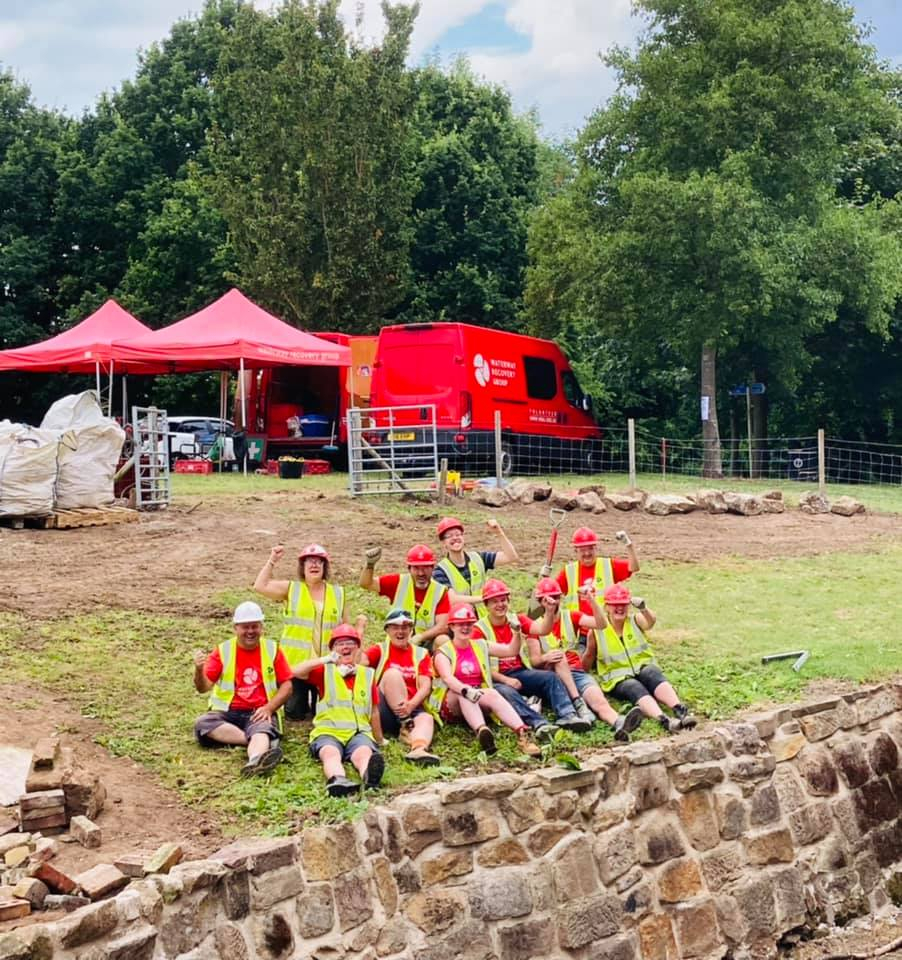