The Chellaston section runs from the junction of the Derby Canal with the Trent and Mersey (T&M) canal at Swarkestone to Shelton Lock. Part of the original Derby Canal is still evident and is occupied by the Swarkestone Boat Club. Volunteers have previously restored the bridge over the canal at the head of the boat club’s moorings.

Andy Savage at www.derbyphotos.co.uk is a supporter of the DSCT and produced some excellent aerial 360 photos in June 2021 of the T&M canal at the start of the Derby Canal at Swarkestone Lock, at Bridge No.14 just further along the canal path, at the Cuttle Brook footbridge and at Shelton Lock in the heart of Chellaston. In addition, Andy has uploaded a drone flight video of the route from Swarkestone to Infinity Park Footbridge, and Infinity Park Footbridge to Shelton Lock. Enjoy!

The construction of the A50 Trunk Road means that some realignment of the Derby Canal is needed. South of the A50 a new lock will be needed to allow the Derby Canal to pass through the existing now redundant farmers culvert under the A50 alongside the foot / cycle path with the water level approximately 2m below its original level. This lower level will continue until north of Infinity Park Way where a new lock will be constructed to commence the canal’s climb into the city.

With the proposed housing developments to the west of the restored Derby Canal the canal will be ideally placed to assist with the sustainable drainage of that development. The canal section will release any surplus water flows into the Trent & Mersey Canal and/or Cuttle Brook south of the A50 and away from the housing on either side of the canal.

The margins of the Derby Canal will form wildlife corridors particularly the opposite side to the multiuser path that will run alongside the restored canal, with the addition of the aquatic life in the canal itself.

To further define the canal channel the Trust’s volunteers have commenced the removal of poor-quality trees from within the channel. The core of a number of the cracked willow trees were found to be rotten making them susceptible to falling. With a number of more valuable trees being at risk from being overwhelmed by ivy the ivy has been cut from these finer specimen trees to try to extend their life. Dead hedges which get great reviews from environmentalists as they provide much needed cover for small mammals and birds have been constructed by piling thinner branches and other brash on the west bank. They are great for fungi and insects, which then provide food up the food chain. The Trust now have these dead hedges at Sandiacre, Borrowash and now Chellaston. The hedges are easier and quicker to construct as opposed to the use of a shredder, which of course is using diesel fuel.

It should be noted that the Trust has planted a considerable number of trees elsewhere along the route of the canal and has planted and maintains a ¾ mile long hawthorn hedge at Draycott and has supplemented hedges at other locations. Similar works will happen here in the future as part of the ongoing restoration. 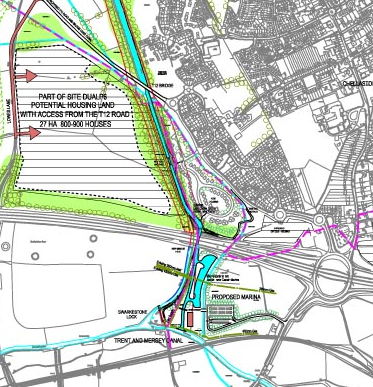 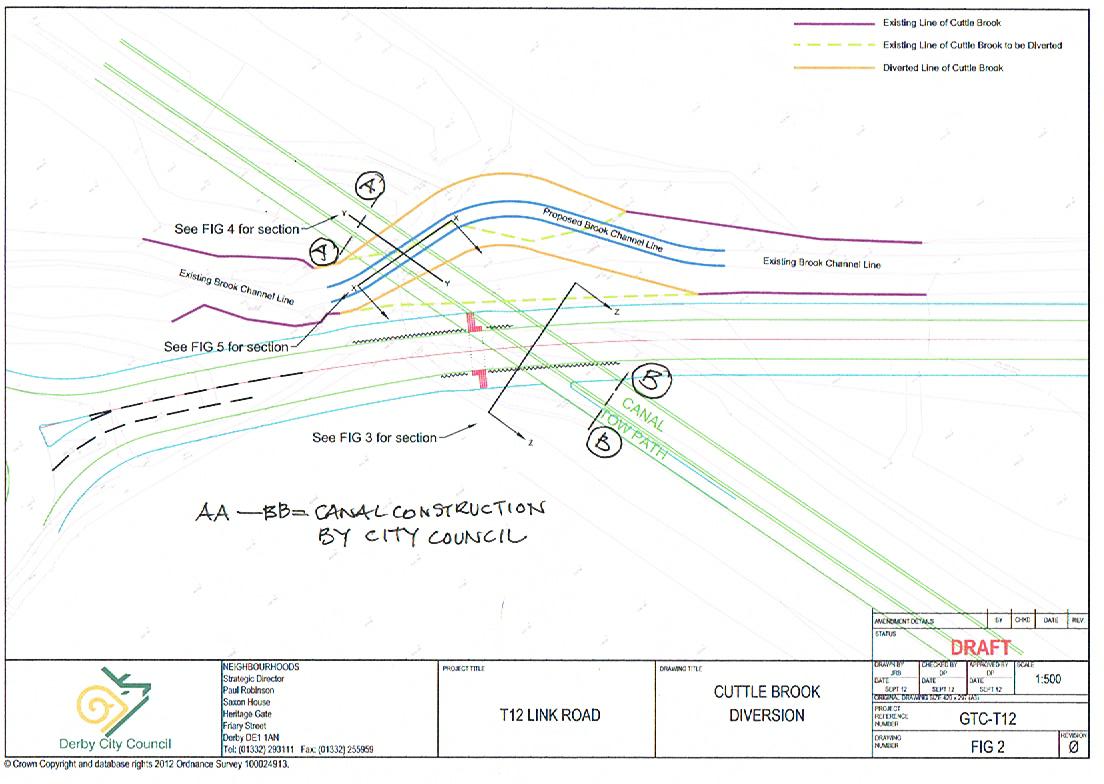 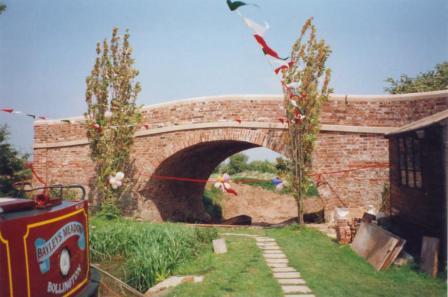 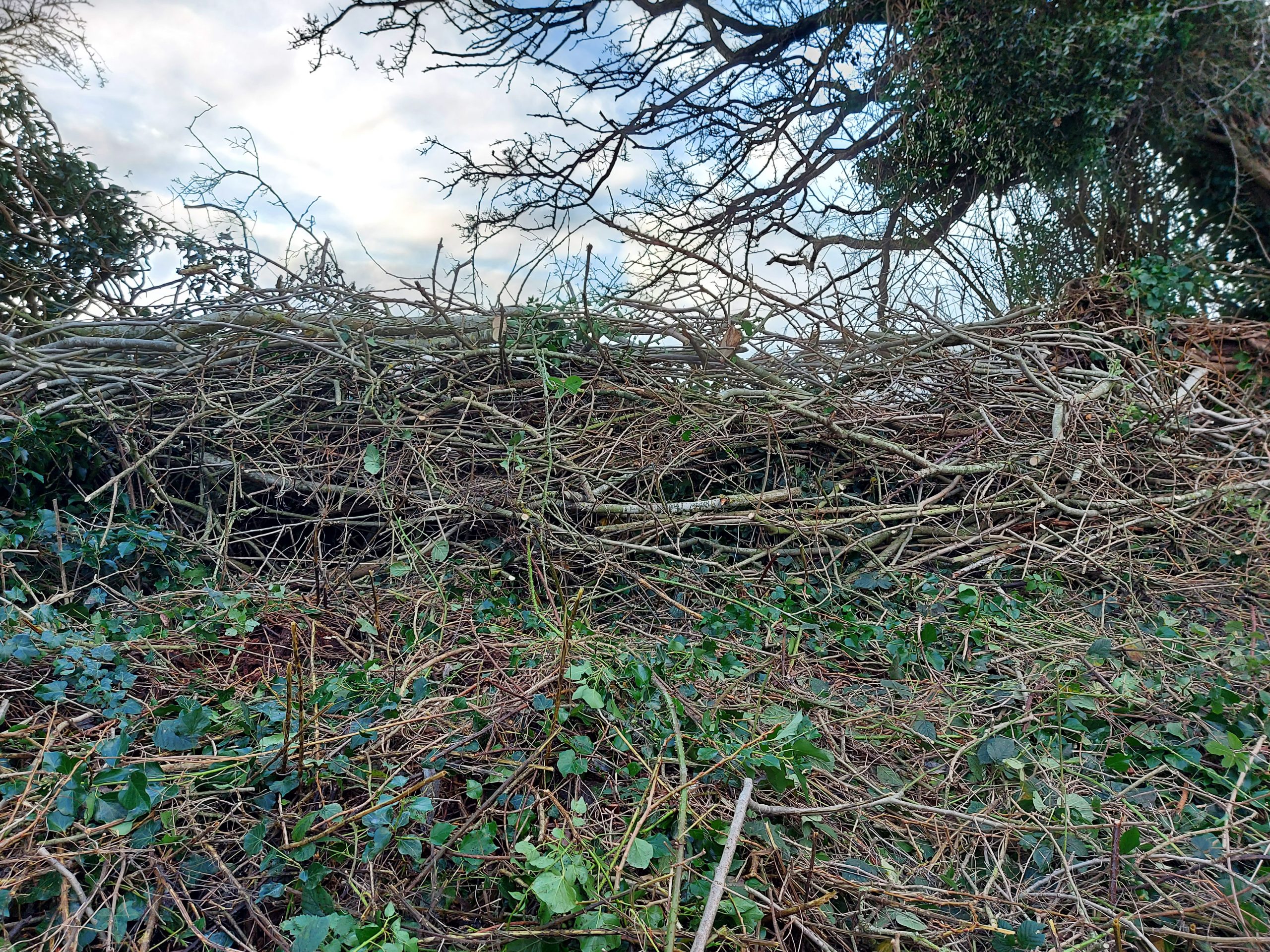 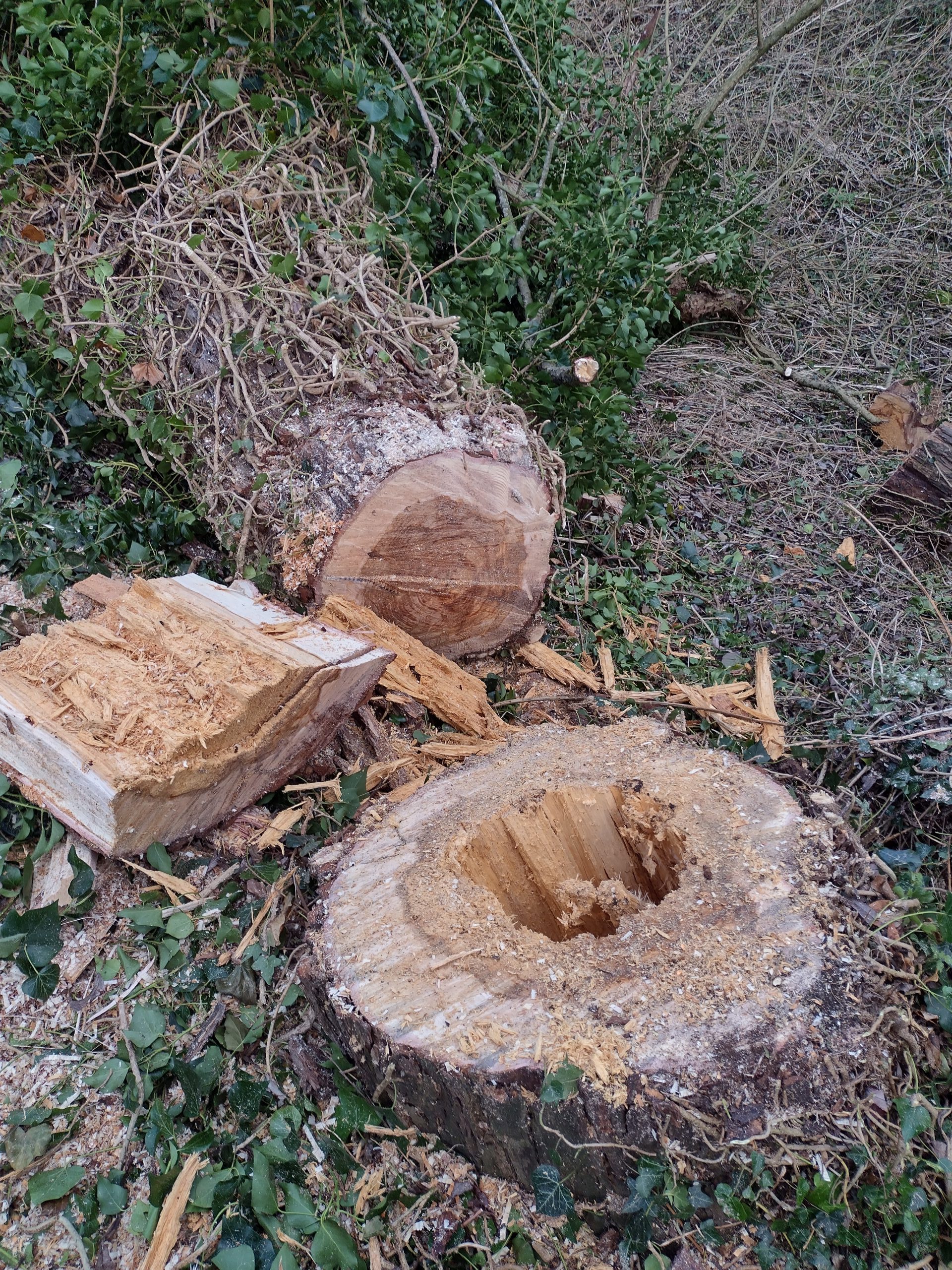 When will the restoration happen?

The Trust believes that much of the funding to restore the section of canal between the A50 and Infinity Park Way will come from the housing development to the west of the canal, as such the timing will be driven by the development. Seeing the canal section restored within a five-year window would not be an unreasonable expectation.

The top left shows the line of the Derby Canal in relation to the proposed development to the west of the canal, the recent Bellway development immediately to the east of the canal is shown all-be-it with a slightly different layout. The Trust believes that the land between the A50 and the Trent & Mersey Canal would make an ideal site for a marina development subject to all the usual planning consents and landowner agreement.

Whilst Infinity Park Way was originally constructed at ground level across the route of the Derby Canal, with the Trust’s agreement as a temporary measure there is provision for the road to be replaced by Derby City Council with a road bridge over the canal which in turn will cross the Cuttle Brook that runs adjacent to the road. The top right image shows part of the detailed design for the new road crossing.

The bottom right image shows the bridge which marks the end of the existing arm off the Trent & Mersey Canal at Swarkestone was fully restored by the Trusts volunteers in the 1990s. The Bottom left image shows an example of a “dead hedge”.

The final image shows shows one of the trees that has been removed with its rotten core which would have left it susceptible to falling.

The Derby and Sandiacre Canal Trust is delighted to have received a ringing endorsement by Derby City Council to the completion of the restoration.

Following this mutually advantageous agreement the Trust is also receiving assistance from the Council in other areas of the canal restoration, not least of which is the building of the Derby Arm Boat Lift at the Derby Triangle site, which is currently being developed and is seen as the catalyst to jump start the restoration. Download a copy of the endorsement here

From the new lock immediately north of Infinity Park Way the canal will run on alongside and between existing housing to Shelton Lock. Fullens Lock cannot be reused due to a deep sewer that now passes through it. It will be retained as an archaeological feature through which the canal will pass and a new lock will be constructed 50 m further South to replace it.

Please feel free to come along to one of our Working Parties in the area, see our volunteering page for more details.