As always it has been a busy month, as evidenced by the late arrival of this update. Sorry. The main feature of the month has been the increased number of people that have answered the call as volunteers as you’ll see below.

As planned, Waterways Recovery Group attended in the first week of August. Dave Savidge took control and with a reduced WRG team delivered the final reconstruction of the lock chamber and wing walls and started to uncover some strange brick/blockwork around the bye wash. Dave is now trying to work out the what was found in readiness for future work establishing the aqueduct across the Ock Brook. We should recognise that Dave has achieved the first WRG camp since lockdown and it was both Covid uneventful and so enjoyable the team are already asking what they can do next year. Thanks Dave!

The contractors finally completed the works in August by clearing the mud, repairing the footpath and planting the banks to feed and provide cover for the water voles. We will be supplementing this with transplanted vegetation from the rest of the ditch length over the coming weeks. The Working Parties team have been busy tidying up the working area. Additional spoil has been left at the Derby Road end to top up the end bund upon completion and thereby increase the height (and depth) of water in the canal. Until then we will keep the bund low and therefore reduce the risk of flooding elsewhere.

The team have also completed fencing and installed some steps down to the culvert walkway as shown. We’ve settled on work being delayed until next year as given the planting was delayed still further than expected we have had little choice. Now our challenge is to manage the additional funding costs caused by the original damage and the consequent delay. We are in the process of claiming extra costs from Network Rail, but this is likely to be a long process and early indications suggest this may leave a shortfall. We are already looking at how to deal with this and complete the works promptly and cost effectively.

Meet our new volunteer—Gary. Not membership officer Gary on the left, but our scarecrow Gary the builder. He’s not done much restoration, but he did attract attention and lots of visitors to the Cottages over the bank holiday weekend. We participated in the very popular Draycott Scarecrow Festival and collected some donations to the cause and yet more compliments on the work.

As you can see we now have a completed car park, we’ve also fitted internal doors and completed stairs and balustrades and cleaned, filled, and painted most of the stuff inside. Our ongoing challenge is with tiling, but even there we now have kitchen floors in place ready for kitchen fitting. The cottages are taking longer than we’d hoped, but we are making better progress with the café, where the inside has now been insulated and boarded and electric and plumbing first fix completed ready for plastering to start this month.

In line with the safety requirements we achieved a pass on the BSS scheme and as you can see opposite we’ve completed the Stability Test. This was undertaken by a very helpful, local marine engineer under the supervision of a Radio Derby interviewer! We’ve had a fair bit of publicity as you may have seen on Central ITV as well.

At last we have good news that the Council have confirmed that we can get the boat on the water and they are also looking at simplifying the licencing regime going forward. So we now have a target date of w/c 11th October to launch the boat in the Derwent. I believe we may also have the Minister of Culture to witness this tremendous and long overdue achievement. We will then be able to focus on the new boarding pontoon outside the Methodist Housing Association upstream of Exeter Bridge, which will be our permanent mooring, but we’ll need to use the existing overnight jetty over the coming winter, while it is sorted out.

The continued contact with DCC has also brought forward the opportunity to develop the Chellaston section and particularly from Swarkestone to Infinity Park Way. Many of you will know that there is a plan to build a new “garden Village” around Sinfin. This means there will be 5,000 houses built adjacent to the Infinity Park development and alongside our canal line at Lowes Lane, Chellaston. Whilst there’s a lot still to sort out we have now suggested a plan to move this section forward, using the farmers culvert under the A50 and deepening the channel north of the A50 to provide a leisure area together with possible drainage assistance. At this stage it looks promising and the scheme has already had road infrastructure approved so is likely to proceed quickly. Fingers crossed!

Many of you will have seen our intention to attend the Shardlow event and support their activities with our River boat. The Festival took place on 11th and 12th September and I’m pleased to say we were there. Liz and Mike were ably supported by a number of volunteers and we provided rides for attendees and were full throughout the two days. It was an ideal opportunity to try out the boat in earnest as it has been “ready” for so long. As Outram is designed for the River Derwent we haven’t needed to register or licence it with CRT, so we are very grateful to them for giving us permission to operate without requiring a special licence.

Thanks to all those of you who attended the AGM in mid August. Whilst it was not without technical challenges we managed to provide a combination of Zoom and face to face meeting with some success. We approved a change of meeting night, so the next meeting will be face to face at The Royal Oak in Ockbrook from 7.30pm on 6th October. Please join us there if you can. The AGM also agreed to send out these updates by post to members without emails every six months in place of a printed Packet. Unfortunately we could not find a replacement editor for the Packet when our current editor resigned.

One of the best parts of the evening is the award of the Kate Birtles Award to recognise the individual who has made the most impact over the last year. This year the award was received by Derek Troughton. As Treasurer he has had to deal with the set up of a trading subsidiary to avoid us paying tax on cottage rental income, manage the transition of the cottages to longer term finance from supporters and install a new software system providing instant info to HMRC. He’s also had to deal with increasingly complex financial accounts covering significant spend on the Cottages, Draycott canal and other matters. Thank you Derek. He is pictured on the right receiving the award from Paul Birtles on the left.

Dates for your Diaries

Long Eaton Carnival on West Park, Long Eaton – Saturday 18th September
We will be attending to provide an update on our progress and seek to recruit more members and volunteers to the cause. Feel free to help us on the day. Just drop a note to membership officer Gary Harding on membership@derbycanal.org.uk

I look forward to seeing you soon at one of the upcoming meetings.
Stay safe and thanks as always for your support. 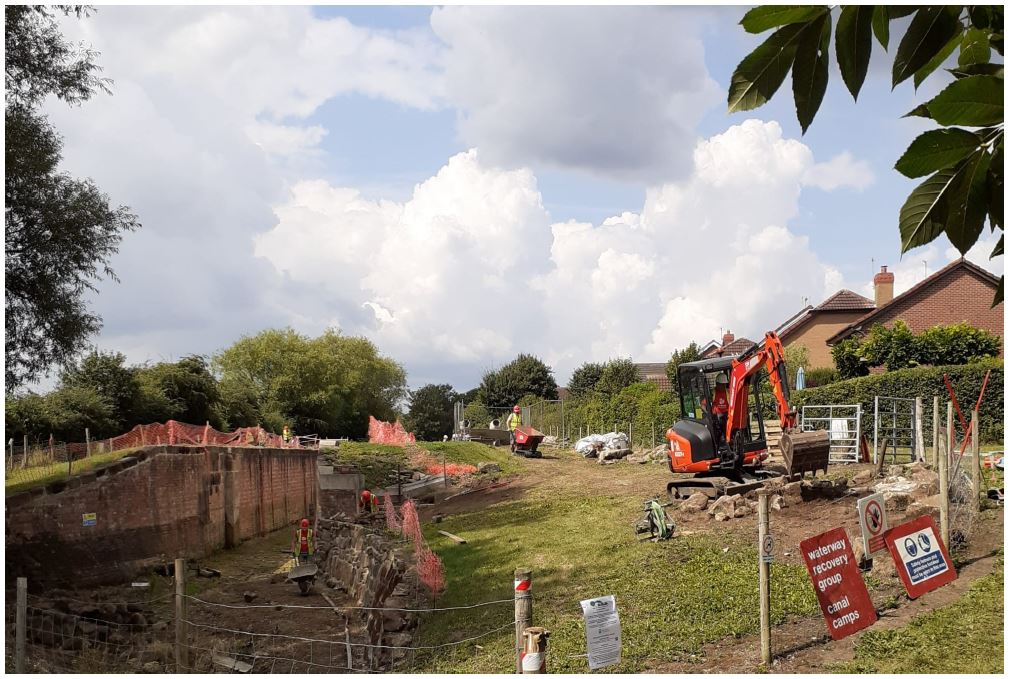 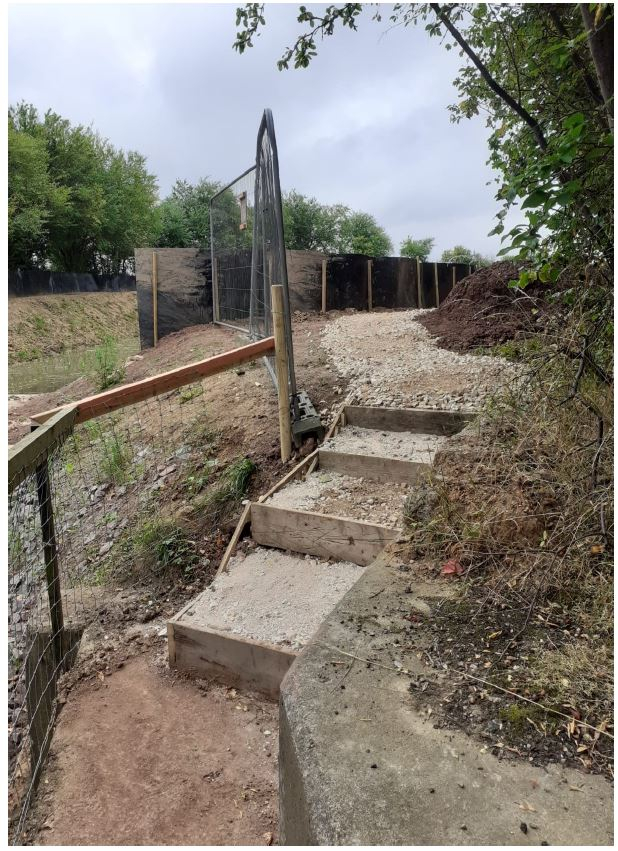 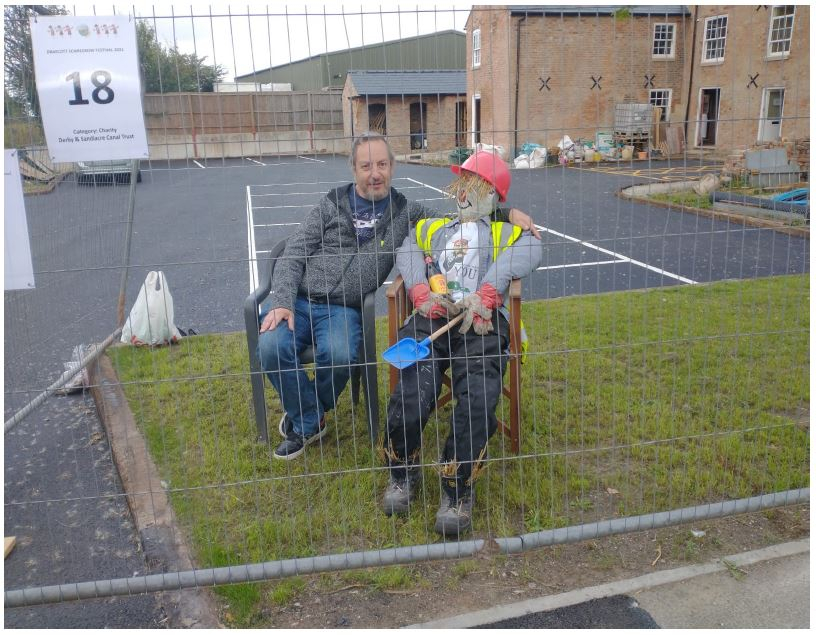 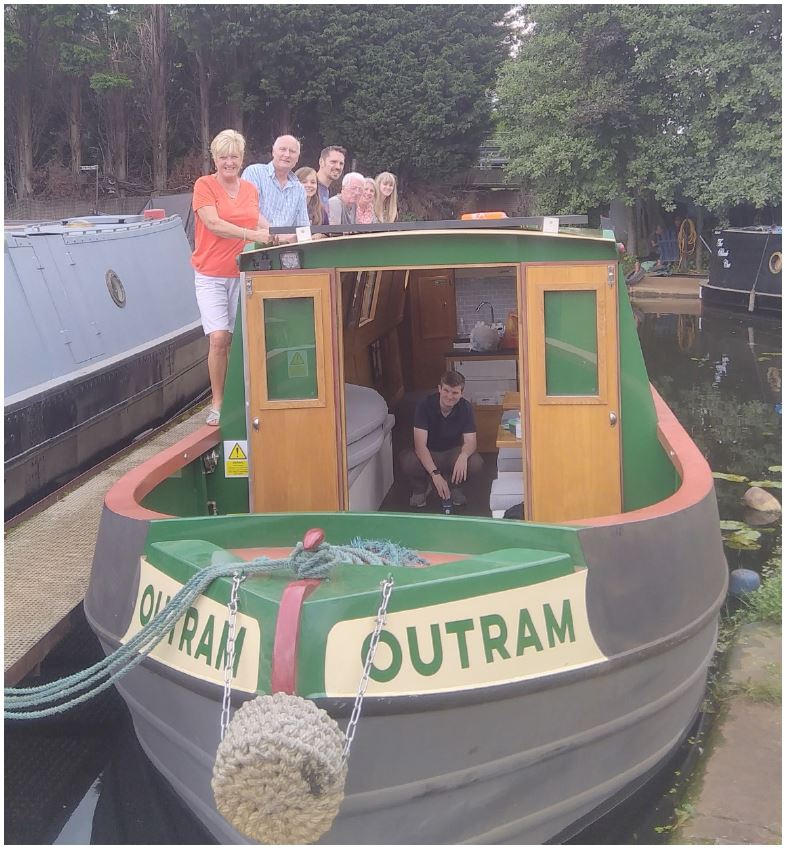 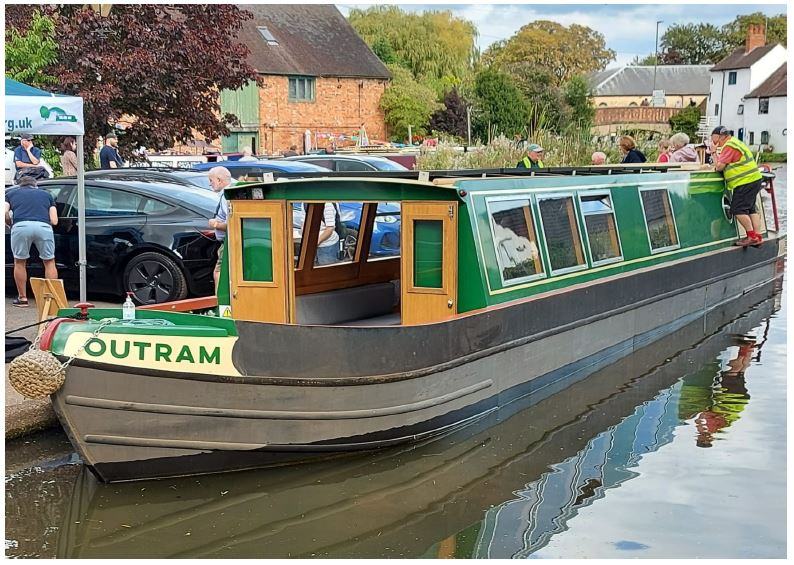 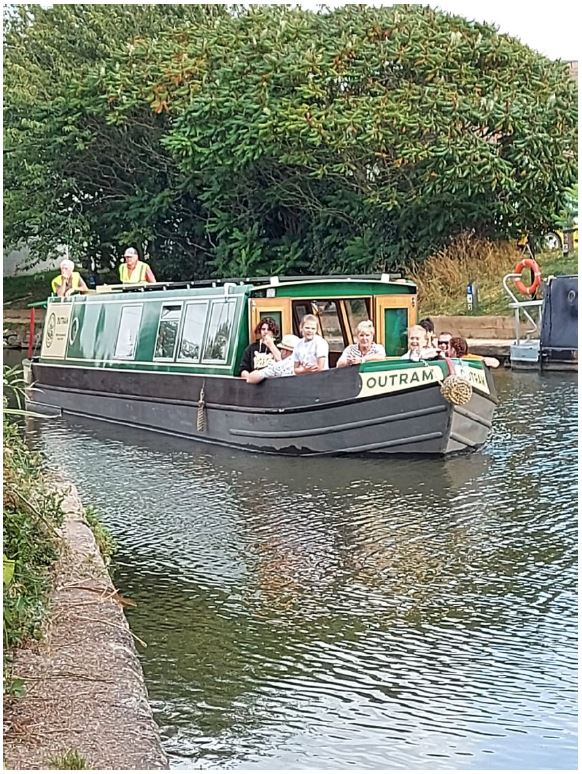 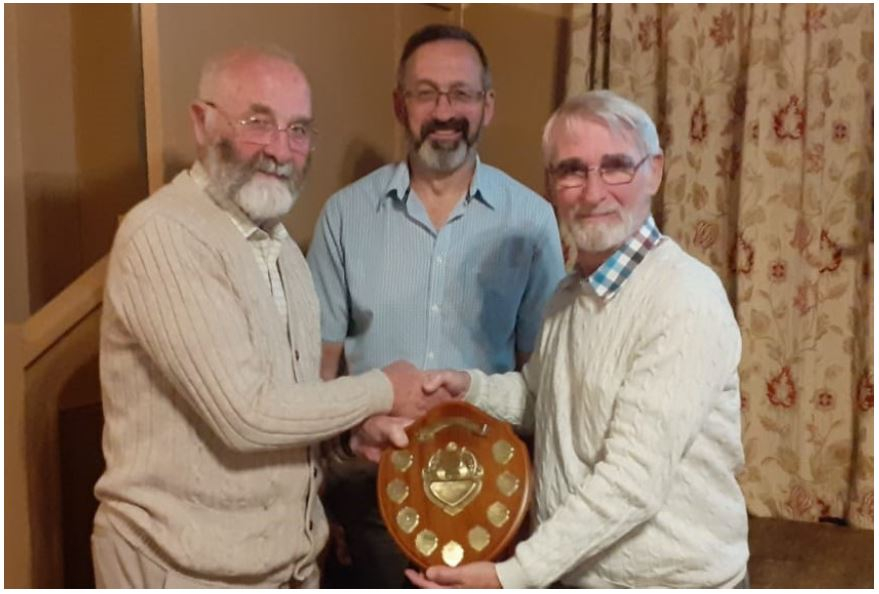