No doubt about the headlines this month. We now have a riverboat in the Derwent. I’m also pleased to relate that despite this major challenge we have kept up the ongoing work on projects along the line. The publicity on the TV and radio also seems to have attracted a lot of support for the cause overall. Roll on the spring!

We attended the first carnival for a long while must be over two years now, with a view to spreading the message ahead of the long awaited works at Sandiacre. It was a great day out with a good crowd (they estimated over 5,000) and lots of interest. Thanks to Gary for organising the day—hopefully the precursor to more next year. Everyone had a good time talking about our activities and selling a bit of merchandise, so if you want to help us in future, contact Gary Harding.

At long last we have achieved the launch of the Outram. It shows the impact of deadline management. We set the date of Thursday 14th and everyone seemed to get organised to achieve it. We had a few scares on the way – would the transport, crane and protective matting all happen as and when they should?, would the press turn up?, where would we get a suitable small boat to take passengers to Outram when launched? (H&S prevented travelling on the Outram of course), would we be able to get safely transferred onto Outram from the small boat? (we don’t want the wrong sort of publicity!).

Most of concern was that the sonar survey of the river bottom carried out by the council showed a number of underwater obstructions that “should be deep enough” and a bar across the river just before the mooring jetty in Darley Abbey. These hadn’t shown up on the initial testing by Midland Canoe Club three years before, so we were able to use the small boat commissioned for the launch to carry out last minute depth testing on the day. Fortunately these showed the challenges were not as great as suggested and we were able to proceed with contingency plans a the ready. The testing at the Darley end showed that water depth was just about enough, even in the current low water state of the Derwent. However we are now looking at how to ensure that even lower waters don’t trap the boat on the jetty over the winter and will be undertaking work to mark the safe route through.

The cruise down the river was nerve wracking, but without incident. We followed our set route carefully and avoided the underwater obstructions, enjoying a
wonderfully quiet and serene journey up the Derwent. We’re sure there’ll be many paying passengers when we start trips in the spring.
The day attracted a lot of publicity. Both Mike and I were interviewed and we received fair and complimentary reports with a lot of follow up from existing and potential members.

Now we look at the next stages – we have to commission the new pontoon boarding platform. Current quotes indicate a cost of about £40,000 we need to find through grants. Before that, permissions from the EA and planning authorities need to be obtained and they are now in progress. In addition the council are expecting to install a boom, so we will work with them to ensure all is accomplished in time—and with minimal impact on the wildlife, including the fish and particularly the salmon now finding their way up the Derwent through the new fish ladders.
We will also be undertaking a rigorous training process for our volunteer crews, so that they know the route, how our boat reacts and how to work with the other users of the river. I’m pleased to report that early indications suggest a good working relationship with the rowing clubs so that we can avoid clashes and safety issues. At present we have a clear run for training on Tuesday and Thursday afternoons and Liz will be organising a rota so we are all ready for the spring.

Work has proceeded in Borrowash and Draycott with increased fervour now that we are into the autumn. At Borrowash the canal line has been cleared, grass trimmed and hedges/brambles cut back. The team has also installed a set of steps along the side of Bottom Lock. In Draycott further work has been carried out to improve the new canal stretch and to trim the remaining section of the Golden Mile. As you can see the required growth of vegetation is progressing and the recent rains have encouraged growth. Hopefully there will be sufficient in place ready for a March relocation of voles.

More good progress at the cottages. We have found a part time tiler, just when we had gone through the Youtube videos to teach yourself tiling. We now have the first two cottages tiled and the sanitary ware in bathrooms are almost in place. We are now installing the kitchens through volunteers, but working closely with the plumber. Again I’d like to ask for any volunteer painters available to do final snagging. We’ve also had good progress with the café; plastering is almost complete and the toilet block doors close to be fitted.

We now await with bated breath an acoustics test to ensure residences aren’t disturbed by the café activities next door (and vice versa!). Plans for the next month are to close out Nos 1&2, get the final landscaping in place (block paving) and start the final fit out of cottage 3. We are also looking to move a pile of 2,000 cleaned bricks from the site that we can’t use — offers welcomed, otherwise they will be used on a future lock restoration.

We are making slow progress with Severn Trent on the planning of the sewer movement and have meetings organised to keep up the momentum.

We’ve been busy getting a final design at the Engineering group ready for a planned meeting with developers next month. It is still looking very promising.

Last month I reported that we had failed to find a new editor. I can now report that we have a team of two to produce the Packet going forward. Doug Flack, who has long been our archivist and past editor will work with a new volunteer, Peter Warmingham, who has offered his experience. They hope to get a new edition ready for Christmas. Thanks to them both for coming forward.

Wednesday 3rd November – a talk by our own Doug Flack with photos from our archives.
Wednesday 1st December – Stephen Flinders on Terror from the Skies
Wednesday 12th January – David Savidge will be updating us on Working with the WRG.

Note that this is the second Wednesday as the Royal Oak has a prior commitment on 5th.
Of course all these meetings are planned to be in person, but that very much depends on government advice. We have seen a couple of volunteers contracting Covid, albeit through their spouses, but we are keeping a close eye on developments.
With this proviso I look forward to seeing you soon at one of the upcoming meetings.
Stay safe and thanks as always for your support. 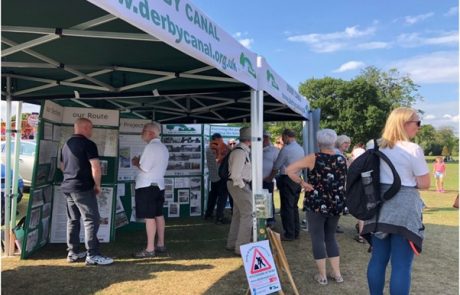 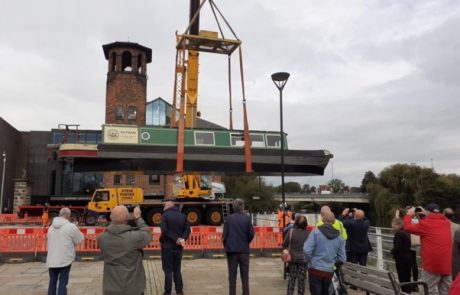 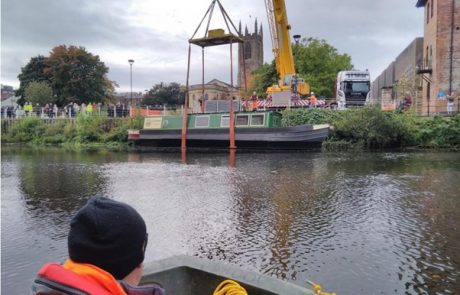 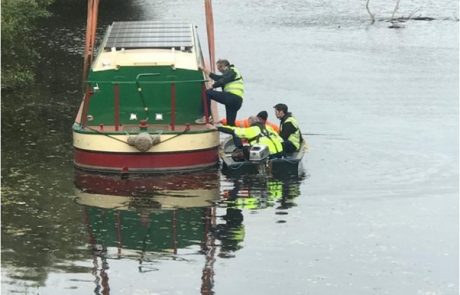 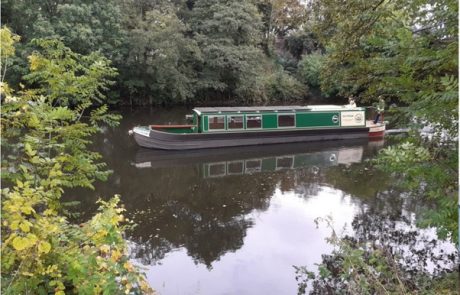 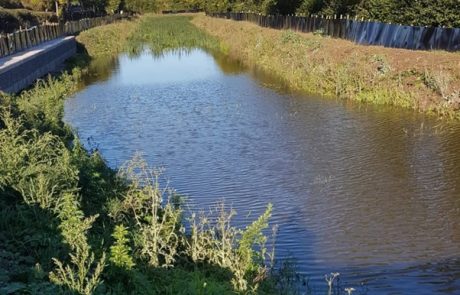 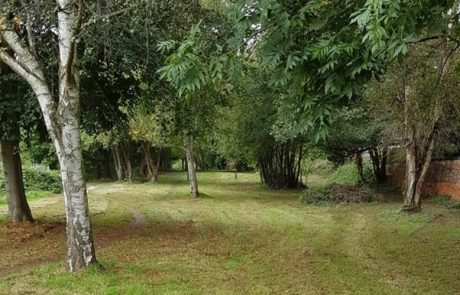 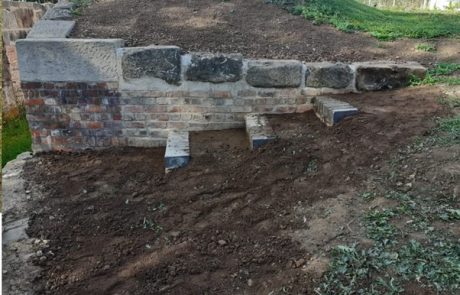 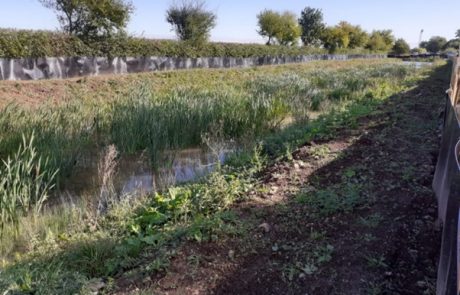 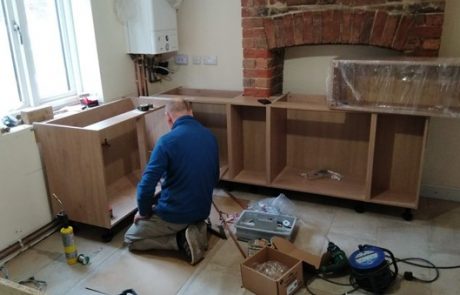 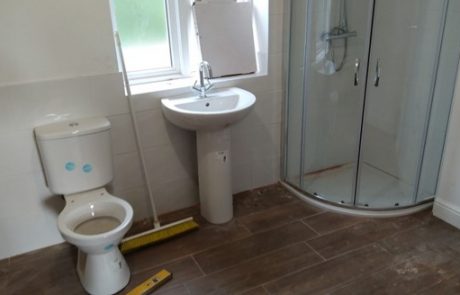