March is an important month for our working parties. It’s the month when bramble and tree clearance needs to come to a halt to avoid disturbance to nesting wildlife. There’s always a push to get the list of jobs completed in time. Fortunately the weather has been kind to us and attendance at working parties has been exceptional.
Of course this means that the pressure is on to keep volunteers gainfully employed so that we have a strong team in place in October when we can start again. Strangely as our profile has risen we are also being asked to accommodate company “community” days, where employees look for likely projects to get out and get dirty and bond with their work colleagues. Whilst it was quiet during the pandemic, interest has now certainly picked up.

I’m delighted to report that the dangerous and ivy covered mess along the Chellaston canal stretch has now been tidied up by our team of chainsaws—Roger and Paul—and many helpers. Just when we thought we’d finished there was a “casualty” at the Infinity Park way end so there will be some last minute clearance.

The canal is now clearly visible and demonstrates much more clearly how the canal can impact on the nearby planned housing development. We have now had a positive initial meeting with the developers with a view to integrating the canal restoration into the housing devel-opment. We’ll be having a follow up meeting in June to explore what it might look like.

We’ve also had several days work at the newly acquired stretch between Breaston and the M1. It looks much clearer now and we have approached the Council for a share of funds they have for cycle and other paths with a view to laying MOT to make it easier to use in the winter.

At Borrowash things didn’t go quite as planned, but we acquired unexpected assistance. The Mobile extending working platform we hired to tackle some high branches on the way to Ullikers bridge decided to stay in the mud shortly after being offloaded at Station Road. Thanks to Burrows for retrieving it from the mud without charge. Back to the drawing board on that one!

Hot on the heels of our new boundary fence at Sandiacre Bottom Lock we are now moving on to plans for the sewer removal. Severn Trent have allowed us to undertake the surveys that are holding up their calculations. Dave Savidge has a list of works to undertake including a full CCTV survey of the pipes, surveys of the manholes, trial pits where we’ll have new ones (including soil surveys) and the normal ecological survey. This should save us some money and allow us to survey the whole canal stretch to Longmoor Lane without extra cost and for future reference.

We now have an offer on the largest cottage—No 3—and No 1 is occupied, so just the smallest, mid-dle one to go. We think our list of work is decreasing. We now have a finite list to work to and it is encouraging to see it shrink steadily. I suspect we’ll still be there until the end of April dealing with finishing touches, such as landscaping and planting, painting and site clearance and refurbishing the museum/storage rooms. The call has gone out for help and the response has been very good as usu-al. We took down the Heras fencing this week and it made such a difference to our morale as a real symbol of completion being in sight.

The café has progressed rapidly. We were able to get a special resin floor laid in late February and allowed early access to Garry and Joyce. They have now proceeded with their kitchen and servery fit out and painted the rooms out in their chosen style. The tables and chairs look very plush and they are working hard to get the work done to open in early April. It may slip a little from 4th April, but not by much. We were very impressed to see the coffee machine arrive a few days ago.

They have chosen the name “Canal Cottage Café” and we await the details of their grand opening with anticipation. We’ve had so many questions from passers by that we think it’ll be stranding room only. We wish them every success. They are obviously a hard working couple and have assistance from many family members. Please sup-port them if you can. We will be looking to work with them when we hold our meetings in the room upstairs, although the 22nd March may be a bit early for them.

We have made little progress on the Draycott section. We have just received updated costs for the works and the impact of inflation has been felt as bentonite has increased substantially. We have also made some modifications to the drainage design and looked at some options to manage land drains. We made a decision to bring in an expert on hydrology to advise us before we proceed and await his verdict. After that we will need to refine costs and fund any shortfall, which could be substantial. It is clear that this won’t proceed in the summer so we have called off the water vole trapping this spring.
On top of this we are making little progress with Network Rail. They have offered a portion (about half) of what we think is due so we may be engaging solicitors to fight our case. That won’t be quick.

Progress is being made on the new Causey Bridge mooring location. We expect to get Environment Agency approval this week, which will allow us to submit a planning application. Whilst the ground has been prepared it will still take about 8 weeks. Meantime we will be commissioning the electricity fast charge supply, which is also likely to take around 8 weeks. This means we will be good to start at the end of May. At least the Cottages will be complete by then and we can focus on building works there (in conjunction with the Council, of course). We have been monitoring the boat and have managed to get it free of detritus sent down the river when it was in flood. It is now safely back on the jetty and we’re hoping there are no more flood waters immi-nent.

I’m pleased to say that the study on our proposed riverside developments has got off to a good start. Atkins have started their fact finding and expect to reach conclusions in a couple of months. This has been funded via the City Council as part of their review of post Covid recovery and a focus on the “green and blue” in Derby.

The Packet is almost complete and will be ready for distribution as planned in April. We have also started to consider setting up our stall at outside events. It is a great way to talk to members of the public and generate interest, support and even a few new members. If you’d like to help out with this for a few hours please let us know. You just need a friendly disposition! We are looking to attend a few locations with a focus on Chellaston and Sandiacre to publicise our next round of works. I’m pleased to say that we are now suitably armed with a large batch of leaflets to promote the cause.

Below this post are some advertisements for the positions the Trust would like to fill. Please have a look and if you can spare a few hours working “behind the scenes” for us your help would be most appreciated!

Dates for your diary…

So with that in mind I am most grateful to our meetings organisers Eileen and Anne and hope you can join us on the following revised dates. Meetings start at 7.30pm, although details for the walk to be advised nearer to the time.

Please Note – we won’t be offering a Zoom option.

Take care and I hope to see you soon.
Chris Madge 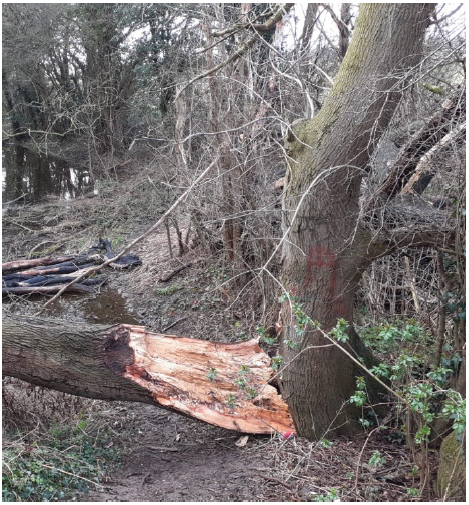 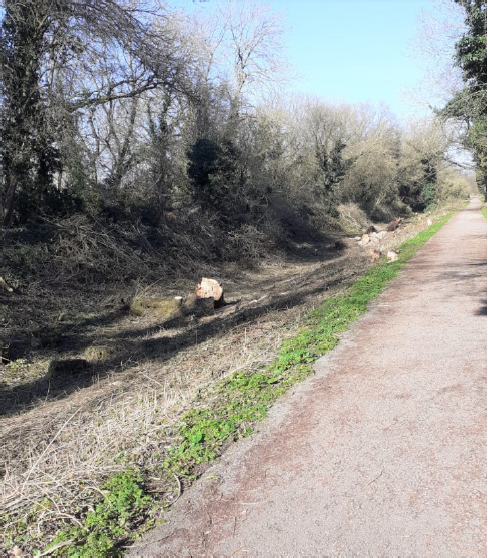 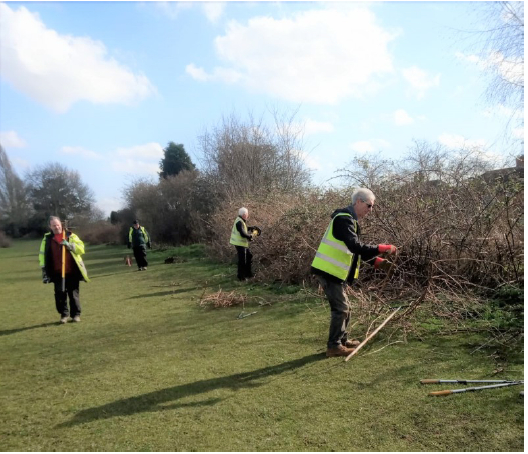 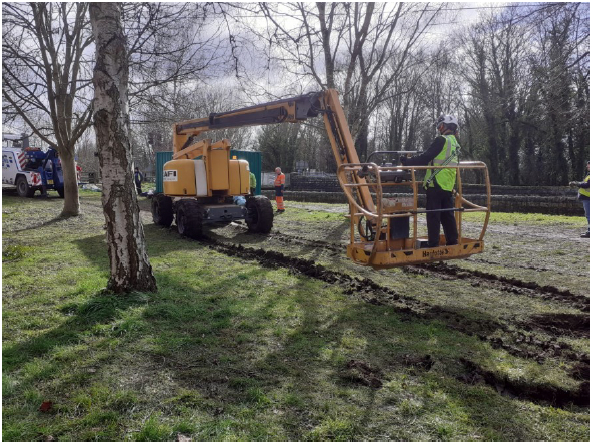 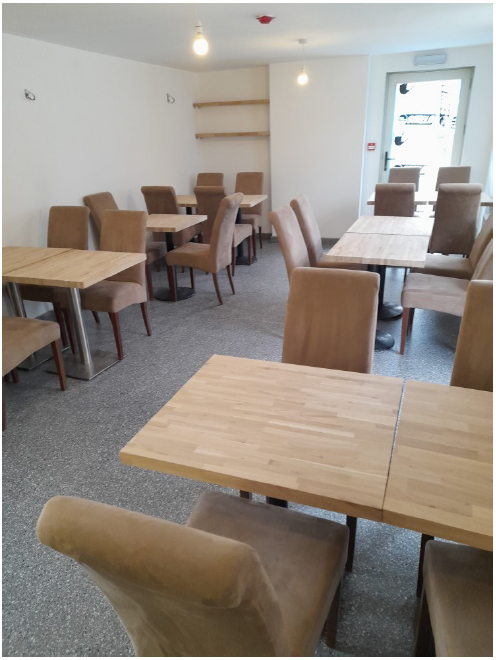 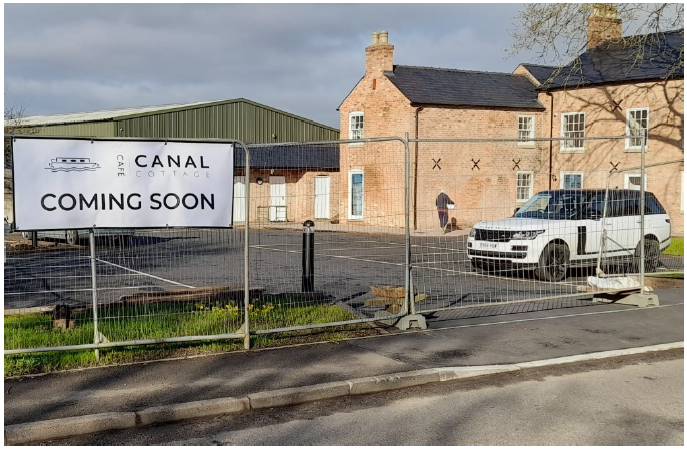 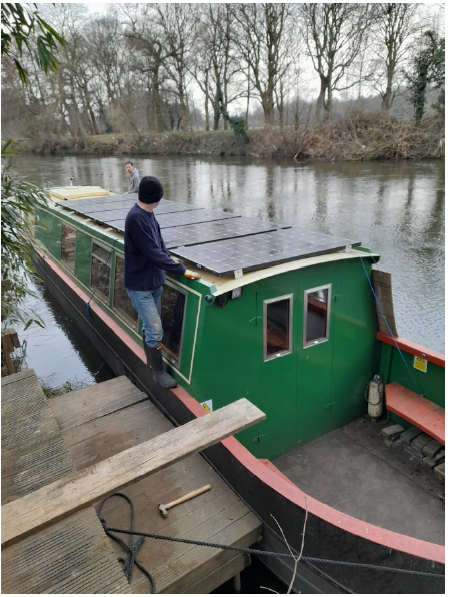 Would you like to help the Derby Canal Restoration?

Can you spare a couple of hours per month?
Do you know someone that could?

Derby and Sandiacre Canal Trust needs help in the following areas:
Bridges: Are you a civil or structural engineer (whether currently, retired or a trainee/student) with knowledge of road bridge design and/or construction? If so, the Trust’s engineering team would really appreciate some specialist knowledge and assistance.
If you are interested, then please contact Chris Rees-Fitzpatrick on 07757 979271 or by email at research@derbycanal.org.uk to discuss further.

Fundraising: The Trust are currently looking at fundraising for various restoration projects including works at Sandiacre, Derby and Chellaston. Whilst we have skills with regard to the technical side of the applications could you help with the administration or adding a marketing or sales spin to the applications to make them more appealing to funders. Some help is also needed sifting through the myriad of funders that exist to find suitable ones we can ap-ply to. Whilst no previous fundraising experience is needed, but if you have some that would be a bonus. If you are interested, then please contact Chris Rees-Fitzpatrick as above to discuss further.

Ecology: Do you have a fascination with flora and fauna, do you want to help rejuvenate the biodiversity of the canal route? Can you get involved with surveys and monitoring? We are looking to plan our restorations to im-prove wildlife for all, so whether you simply have an interest or you have any ecology qualifications you would be more than welcome. If you are interested, then please contact Chris Madge on 07827 946444 or by email at Chair@derbycanal.org.uk to discuss further.

Marketing: Do you have marketing, communications or promotional skills? So much is happening that we don’t spend enough time informing people and gaining greater support. You might be currently employed in this field, retired or a trainee/student. If so, the Trust’s communication group would welcome input as to how we may develop wider engagement with our communities and supporters in our activities. As a volunteer in this area, you would sup-port our existing website, social media and Packet volunteers. If you are interested, then please contact Chris Madge as above to discuss further.

General Admin or Secretarial Support: Do you have office based experience and familiarity with software such as Excel, Word, or dealing with accounts or archiving. Could you take on projects to get us better organised? If so give Chris Madge a call.

In all the above cases experience and knowledge is very helpful, but the key criteria is a desire to change our communities for the better. The amount of time spent will be set by your availability, but the salary is non existent!