Walk and Fly the canal route at Draycott Virtually

Andy Savage at www.derbyphotos.co.uk is a supporter of the DSCT and produced a virtual walk in April 2021 of the canal route from Station Road, Borrowash to Ullickers Bridge here.His video takes a journey through the air from Borrowash Bottom Lock along the canal route to Anglers Lane in Spondon.

The Borrowash section stretches from the point where Station Road, Borrowash crosses the canal line to the crossing of the Ockbrook, 400m to the East. It consists of a 300m pound running from Station Road to the east to Borrowash Bottom (or Shacklecross)  Lock where the level drops before travelling over the Ockbrook by aqueduct. The map from 1901 shows that an arm went northeast from the lock to a flour and corn mill on the side of the Ockbrook.

The mill was part steam powered and part water powered, with a weir (15ft drop) on the brook to form a mill pond. Lead mills were also built around the Mill Pond, and the mill became a Blacking Mill. A stream from above the mill pond came into the end of the canal arm by the Mill House. There was a small wharf and tramway for the mill on the east side of the arm. Later a cotton mill, Borrowash Mill, was added on the west side of the arm. All this has now been buried and the housing estate constructed on the site.

This lock was excavated in 1998 with the help of the local builder, and the stretch of canal from the lock to Station Road was then dug out with the help of the IWA Waterways Recovery Group (WRG) – the national volunteer canal restoration group. The lock walls were partially restored by local volunteers to repair the damage done when the lock was filled in. Following that large sections of the lock wall that comprise the main chamber of the lock were dressed back and rebuilt with new brick. However since then, and until two years ago, the section was largely left untouched such that significant regrowth of trees and deterioration of the lock walls has taken place.

The Trust is currently looking to establish a temporary water supply (longer term arrangements exist to abstract from the River Derwent in Pride Park) to enable the full completion of this section. A sewer pipe crosses the canal line half way along and recrosses the line as a large metal surface pipe below the lock chamber. This will need to be relocated underground along the north side of the canal. The immediate plan is to maintain the channel and repair the lock. The channel has become overgrown by many cracked willow trees, most of which have now been felled, but a number of Alders remain along the towpath by Station Road. These are now overhanging the main railway and plans are in place to remove them with the assistance of the Waterways Recovery Group Forestry Division. Sympathetic replacement tree and hedge planting will then take place.

In 2015 regular working parties started taking the section in hand. There has been a significant effort put in to cut down and remove the trees such that now there is very definitely a canal line to be seen along the majority of the section. This effort continues with a regular Wednesday working party (see Calendar for details). The focus has also swung onto the lock itself where the lower section of the lower gate opening walls is currently being dressed and re-faced.

The lock is partially restored with the wing walls in place. During 2017 new fencing was erected around the lock to ensure visitors could not fall into the chamber. 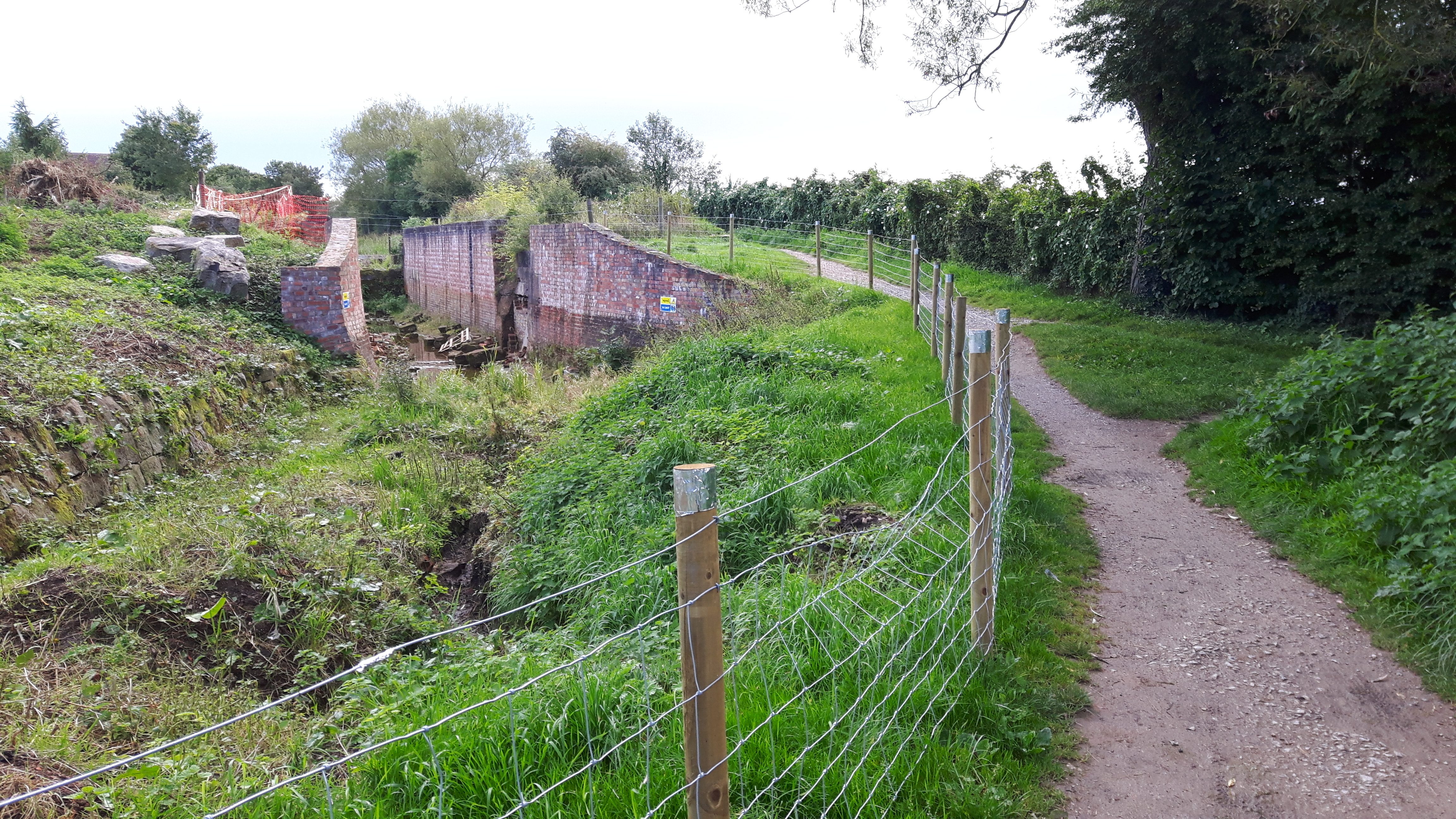 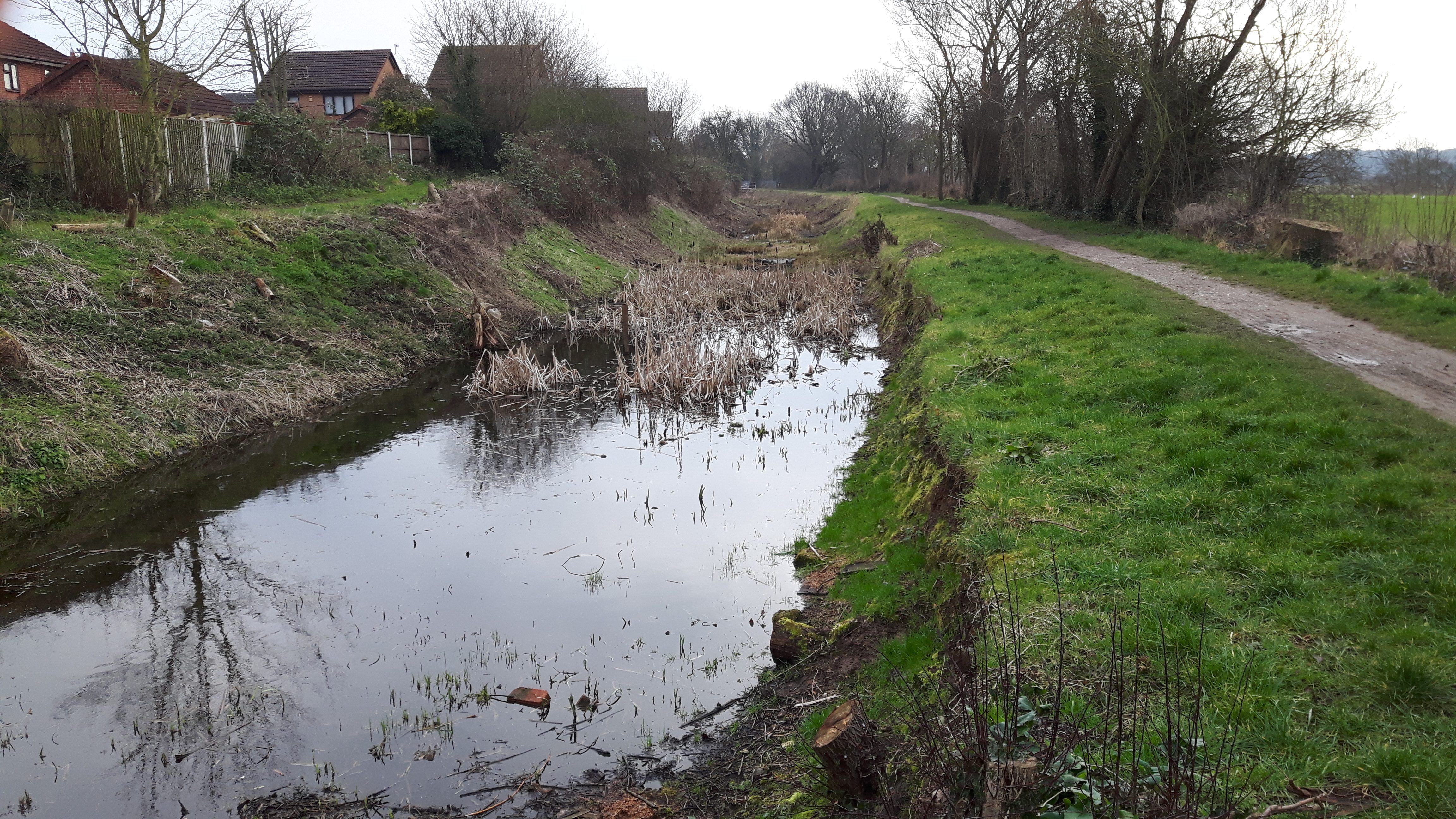 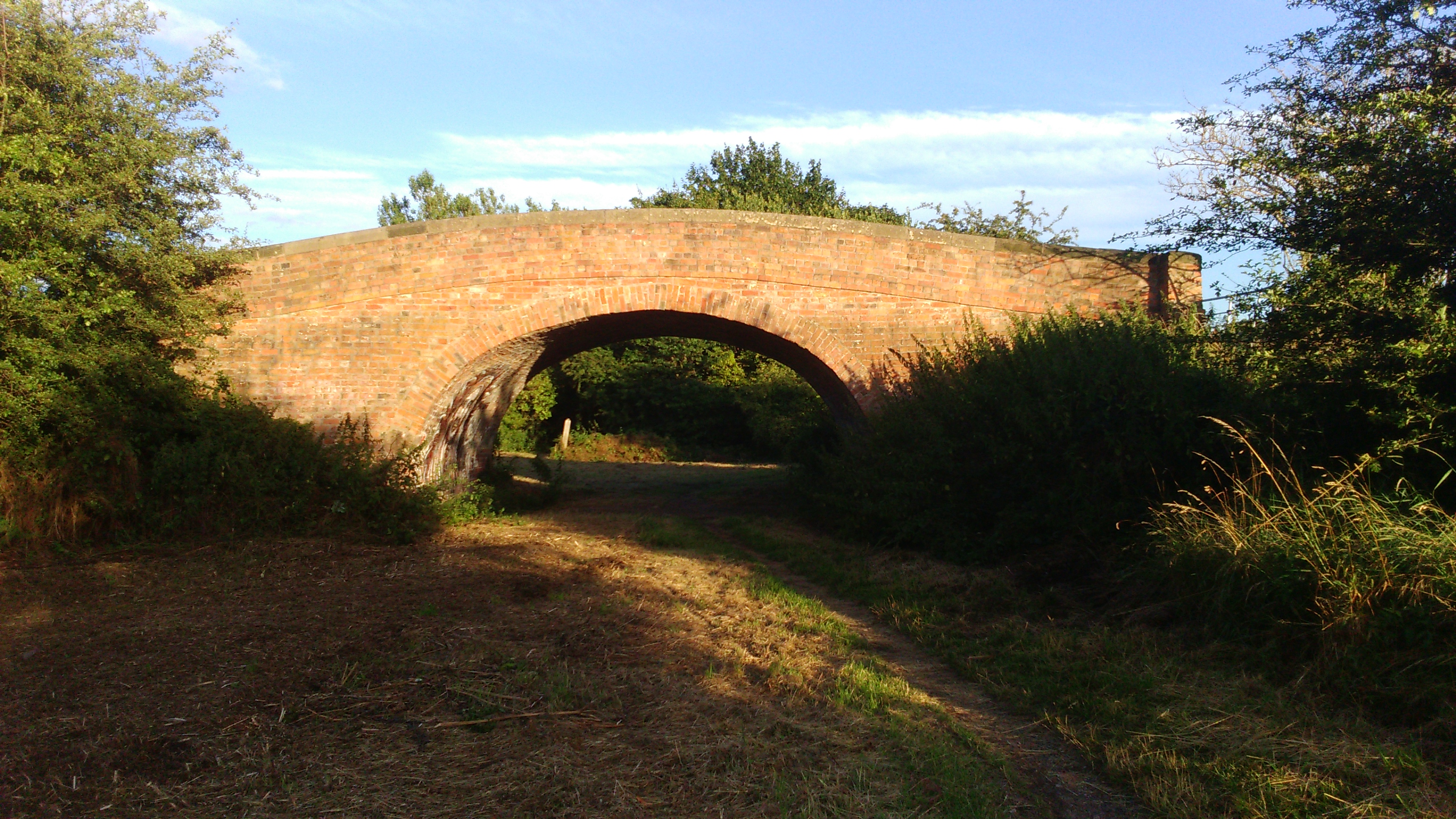 The next stage has been to check the chamber wall bricks to ensure the mortar is intact. Fixings have allowed additional brick liners to be attached. With the walls restored, work has started on the coping and other stones.

Over the last two years we’ve had a lot of support at Borrowash Bottom Lock. Our weekly D&SC working parties (who’ve been focusing on vegetation management, site clearance and basic repair work) we’ve had the privilege of two WRGies group visits for a week each time; one in 2018 and the next in 2019. The progress following each visit has been very impressive. When the canal was abandoned the owners bulldozed lock cottages and some coping stones into the lock. When the chamber was excavated a number of large blocks were found lying around the chamber. It has taken substantial effort (i.e. cranes!) to replace these blocks into position. The blocks had been numbered and catalogued with dimensions so that we could work out where each stone should go. The blocks have now been placed thanks to our using volunteer labour (both local, national and a few international!) and heavy lifting equipment.

A before-and-after picture is available below; use the slider to see how much work has been done on the Borrowash Bottom Lock in the last two years!

A selection of images taken over the last two years can be seen below; showing the hard work and effort required for these restorations to become a reality. 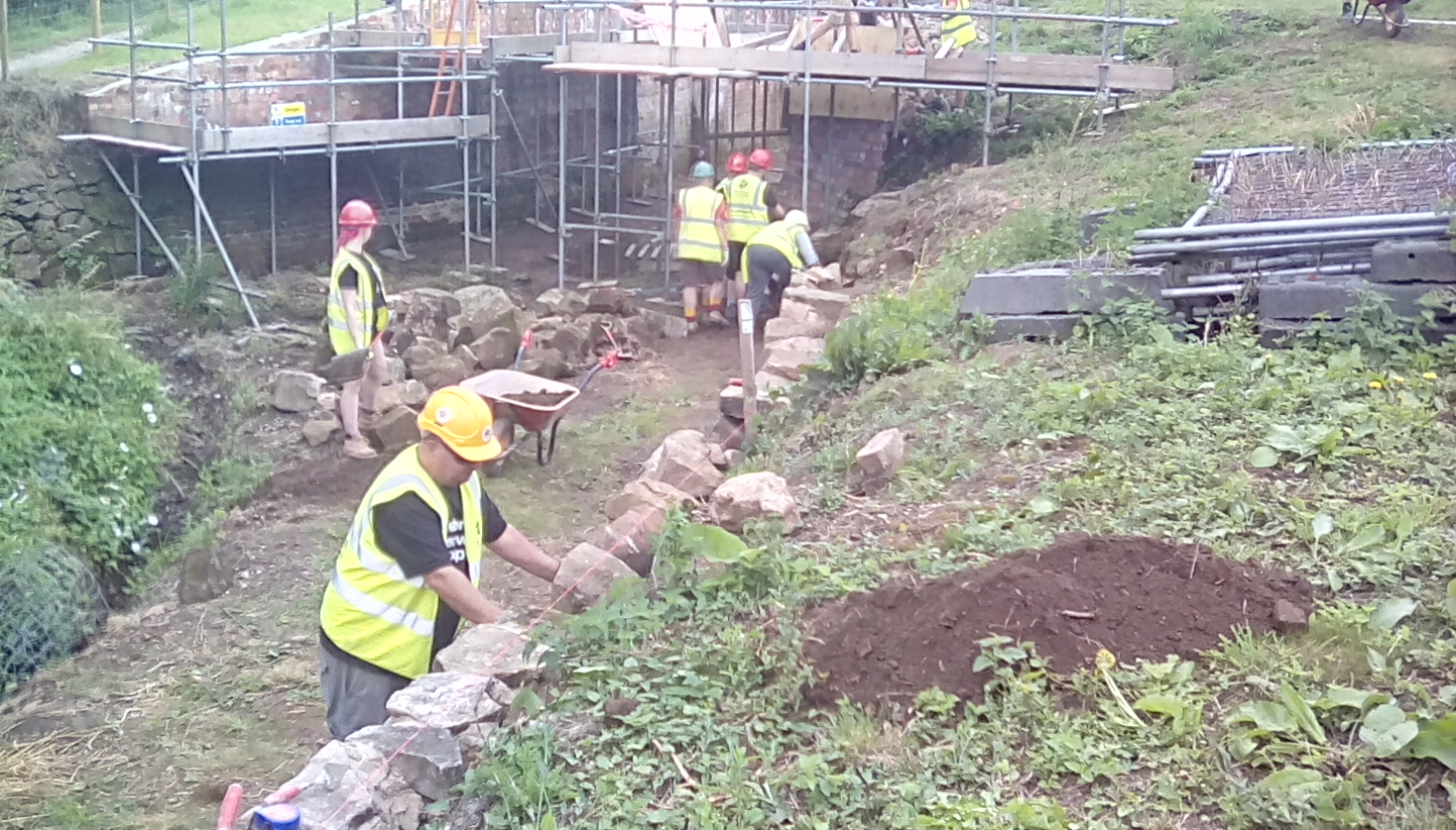 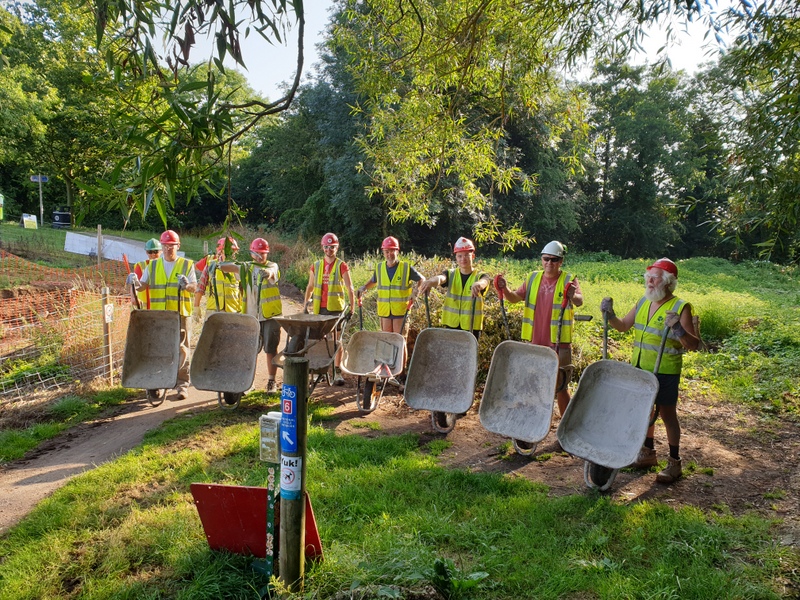 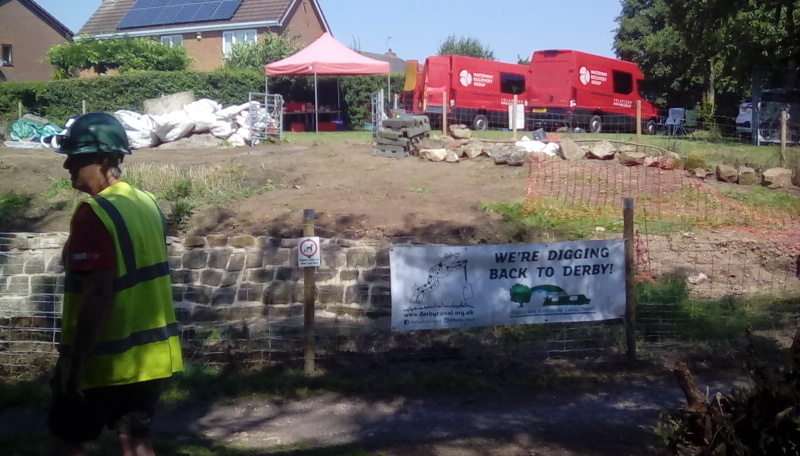 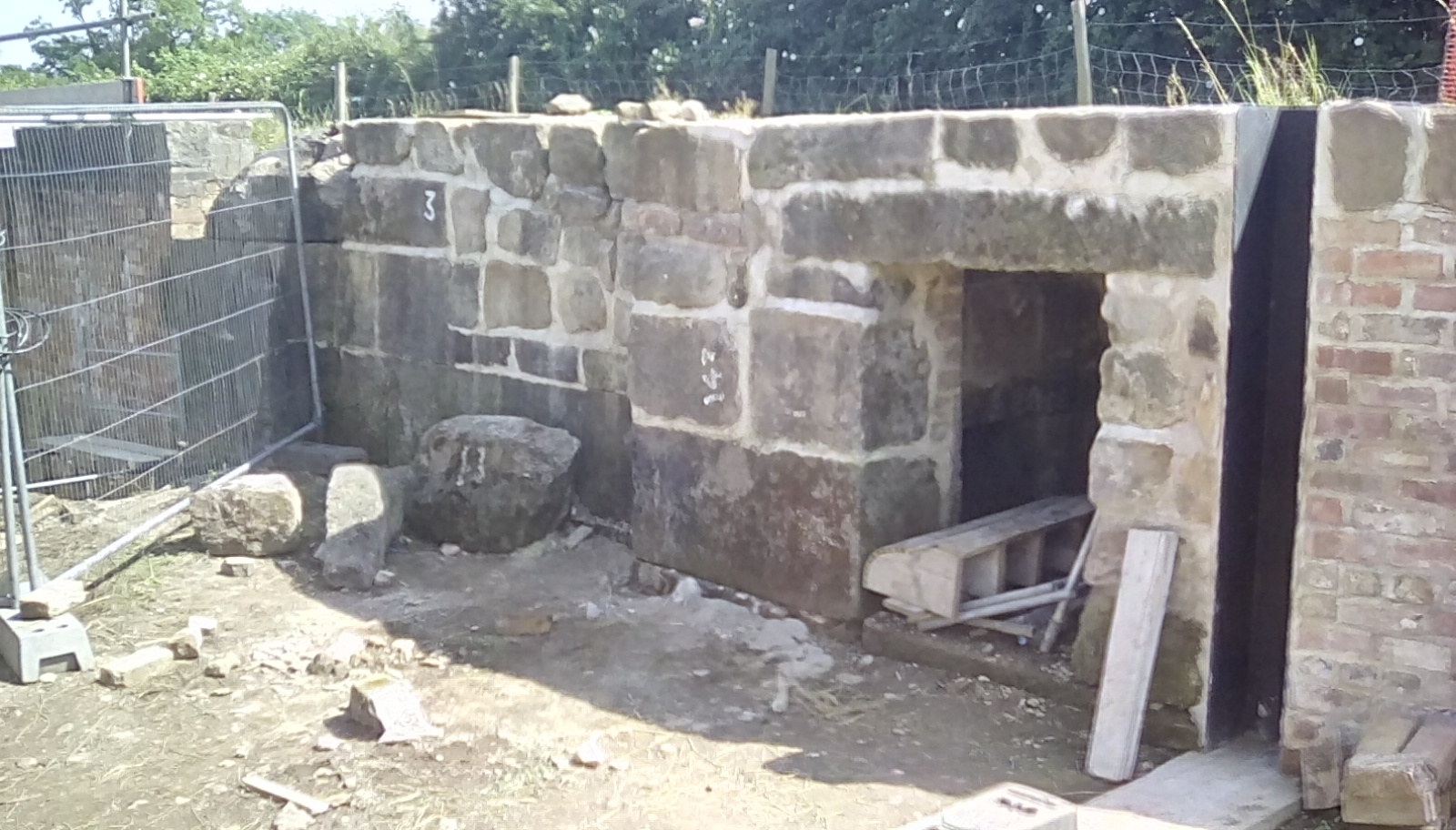 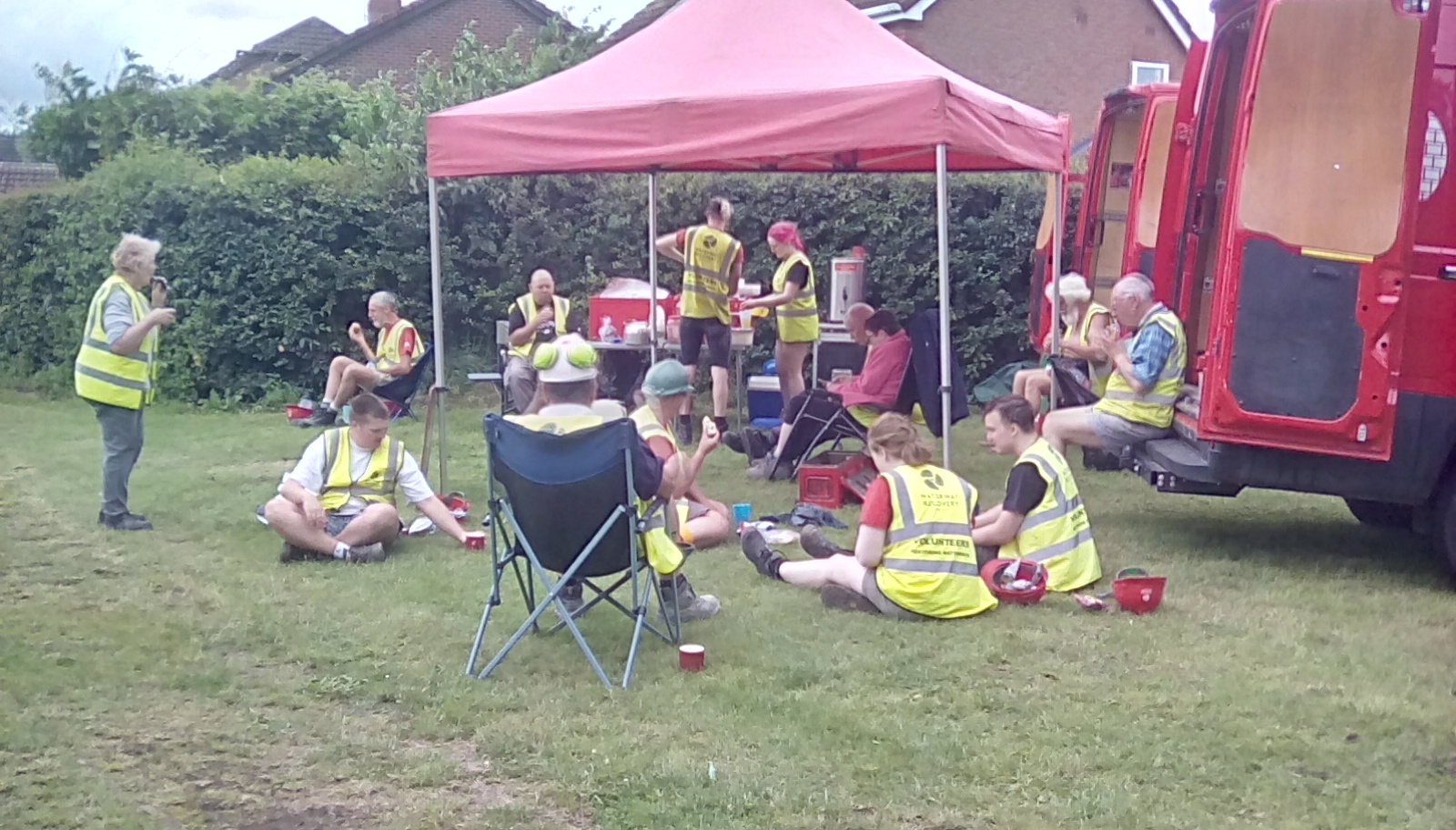 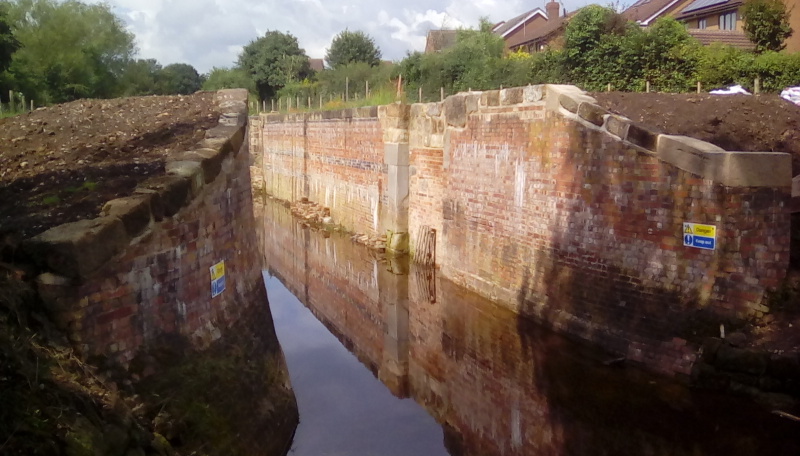 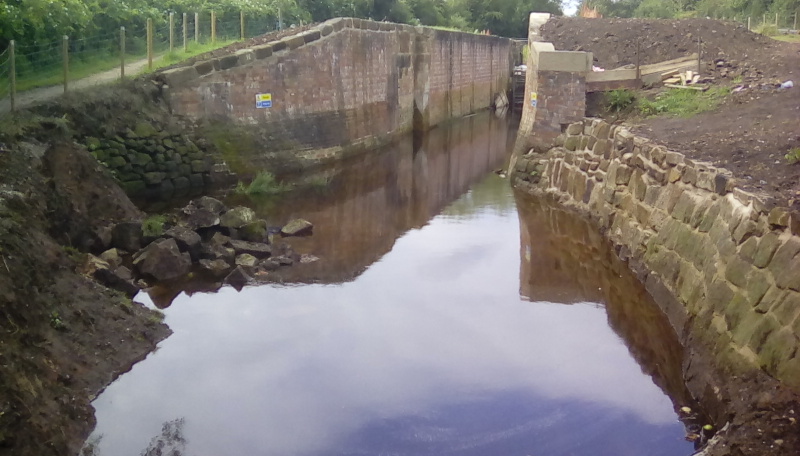 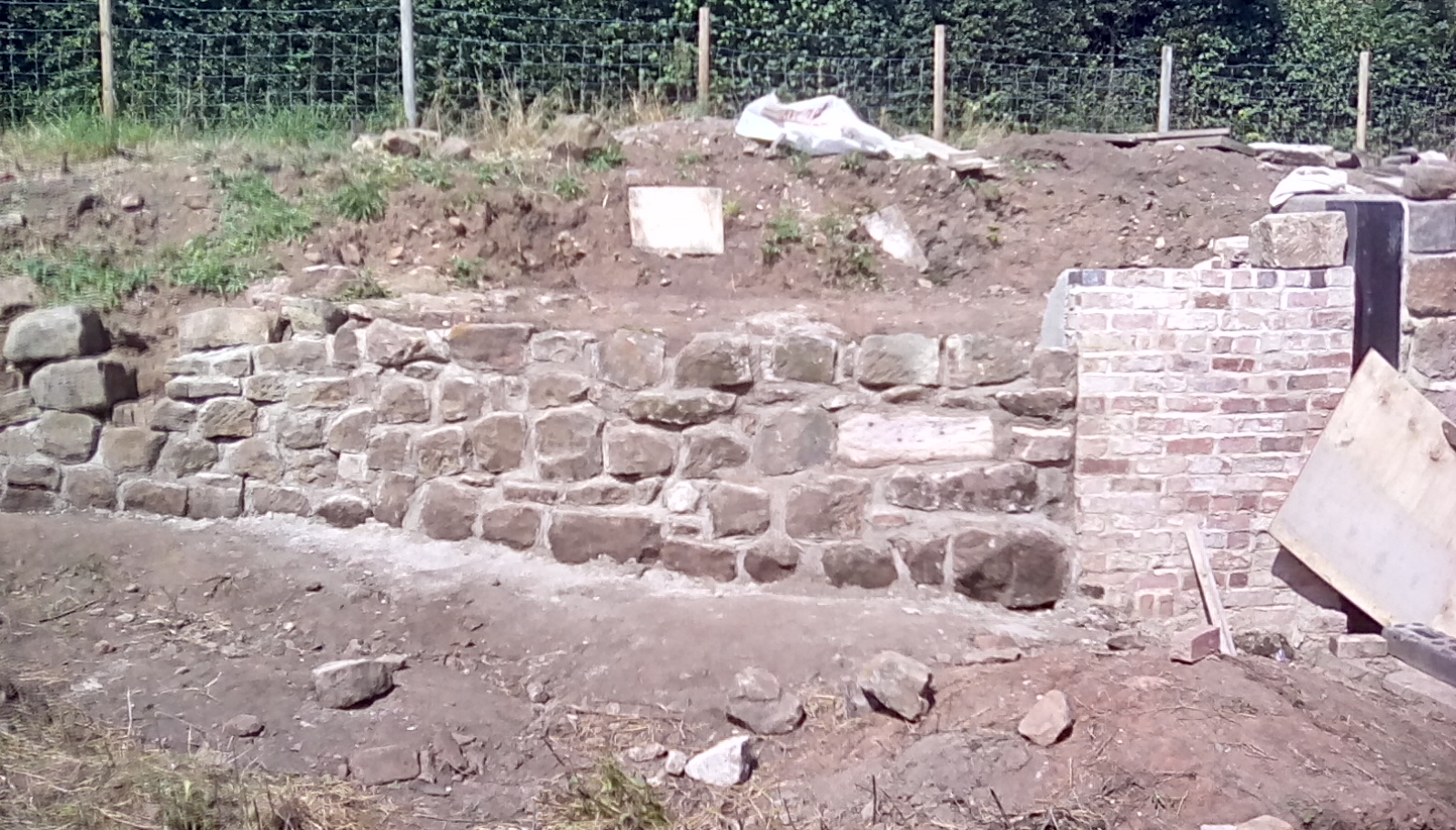 Once the chamber is complete we will turn our attention to fixing the lock gates and bringing back water to the channel. In due course a bridge will be built over the lock chamber to accommodate foot and cycle traffic, which would be prevented from crossing the channel below the lock. The intention is to fill the section so that it can be used for recreational boating while we await further restoration.

We breathed a big sigh of relief just before Christmas 2018. For over a year we have grown increasingly concerned that the Alder trees along the canal by Station Road would cause a major train accident. They have always been growing over the fence and the railway line beneath and, given that some of them were starting to rot, we knew we were in danger of one of them collapsing onto the line.

We’re pleased that after consulting with Network Rail we have been able to prevent the disaster. We were helped by some professional local tree fellers, who were able to bring them down safely with the help of volunteers from DSCT, who were able to make sure the public were safe and cut up and remove the felled trees. It was a mammoth task for all concerned. This followed the felling of the remaining cracked willow trees on the offbank, which were also leaning over a neighbour’s property. Cracked Willow is not an attractive tree and as its name suggests is liable to cracking and so is also dangerous to anyone underneath.

Now that we have removed the main trunks we are able to move on with the second part of the plan.

We acquired around 400 saplings selected by the Woodland Trust and when appropriate will plant them on the offbank. They will produce a mix of habitats including broadleaf trees and shrubs like hawthorn, holly, etc. Over time these will provide a good amount of cover for wildlife and will merge with the established trees still on the offside, which are both safe and attractive. We’ve even had to politely refuse residents’ requests to take them down.

In 2019, we performed a final tidy up on the towpath side and the planting of saplings across the water. we even started using some of the logs to form insect havens to encourage birds, etc. We’re also planning an improvement of the towpath surface itself in the future so that it is wheelchair friendly.