During the recent heavy rain, we have experienced further problems with the sewer pipe that goes for the bottom of Borrowash Btm lock to Fosse Close.

The force of the water in the pipe has pushed the steel manhole cover off and released raw sewage and rain water onto the path. This has then run down the path and steps leading to the wooden bridge. It has then flowed into the Ockbrook and subsequently into the Derwent.

The force of the flow has been sufficient to scour the path above the steps and expose the fabric lining to the path. Not only has this left an unpleasant odour and slimy feel to what remains of the path with pieces of toilet paper (and other stuff?), hanging out of the manhole cover and in the vegetation by the side of the path, but also extremely difficult walking surface and increased the height of the steps.

We, and many local residents, have on numerous occasions reported the problem to STWA, without the problem being resolved. The recent problem of this week has also been reported to STWA and we are awaiting their response. It is pointless to repair the path until STWA have resolved the problem, as it will only be washed away again.

This section of path is owned by the Canal Trust. Any injury or illness caused by the state of the path or the raw sewage on the ground, will be our responsibility. We have therefore taken the steps, on Health and Safety ground, to close this section of path until the problem is resolved or the pipework moved to the other side of the lock. The 3 points of access to this part of the canal path have had red and white hazard tape fixed across the paths and signs fixed to the posts and a tree, to tell the public why we have closed this section. STWA and Erewash Borough Council have been advised of the problem and the reason for the closure, along with the Breaston Football club who use the sports field.

Hopefully, this will be resolved quickly so that the the local residents and walkers can enjoy the area around the restored lock. 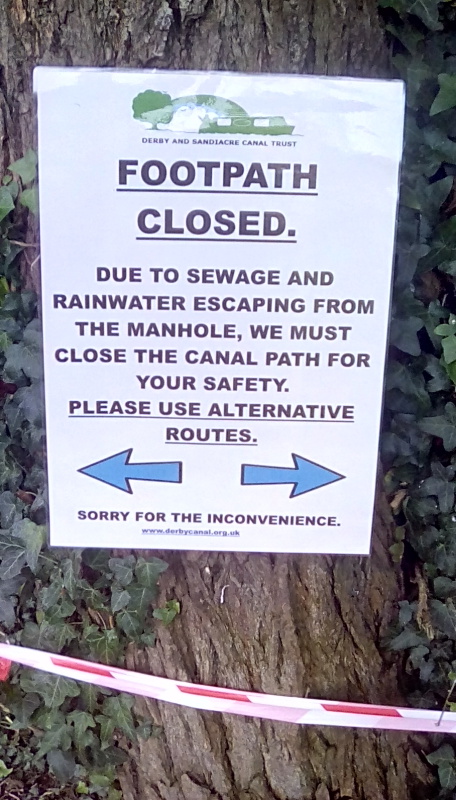 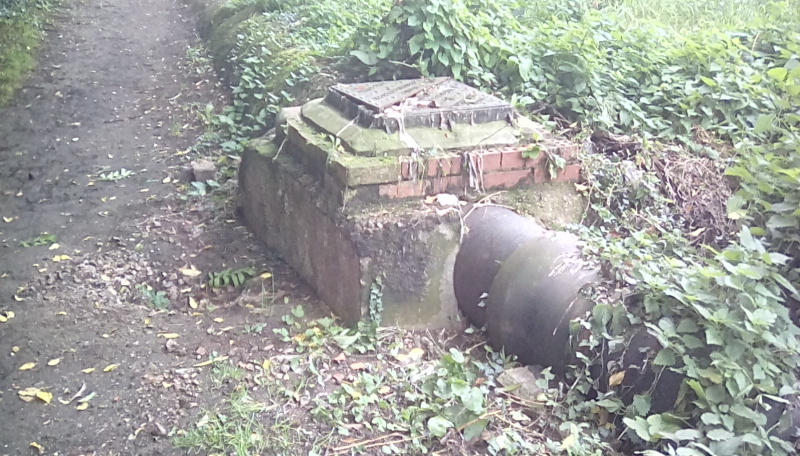 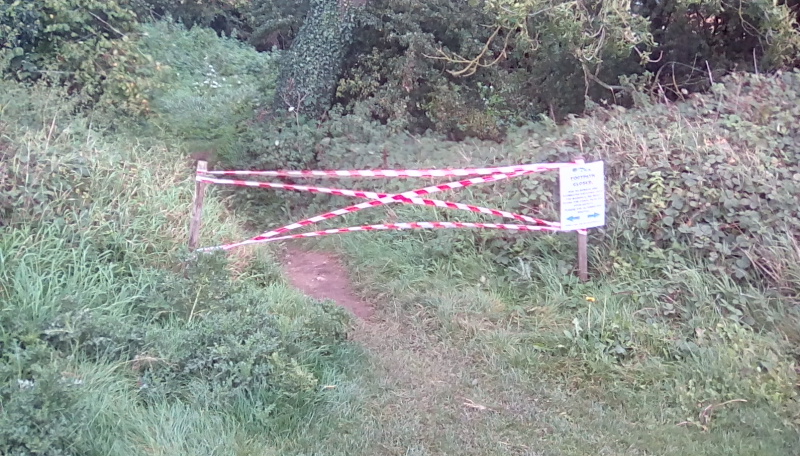 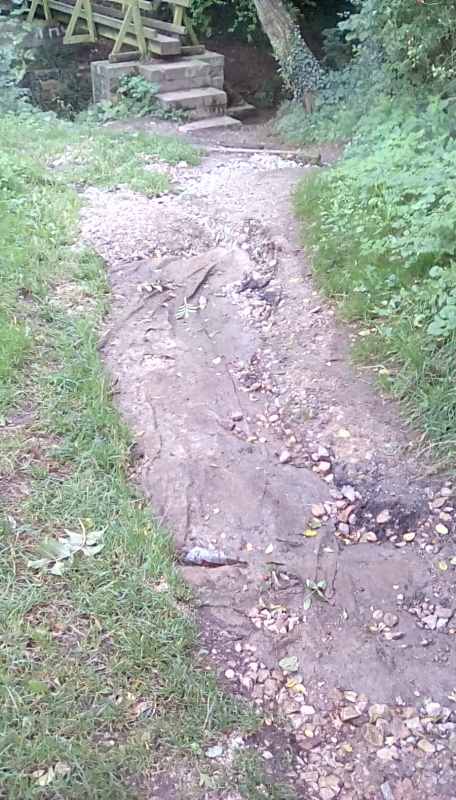 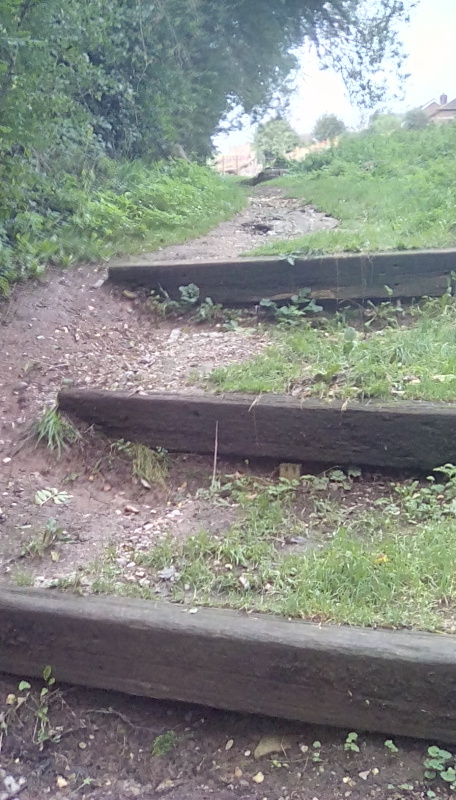 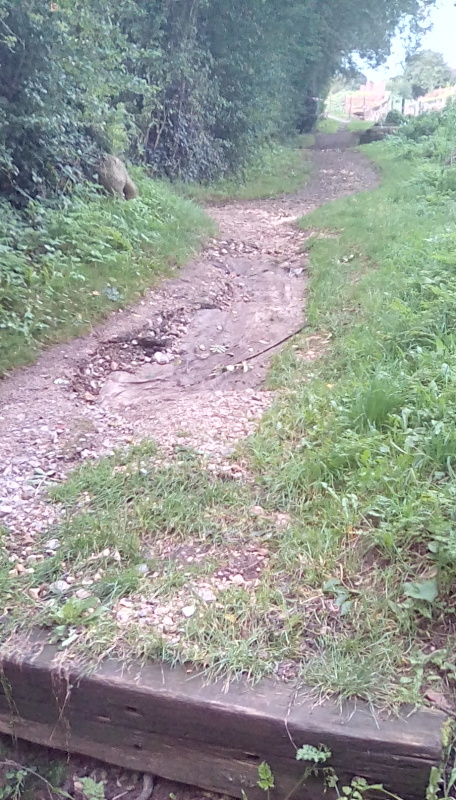 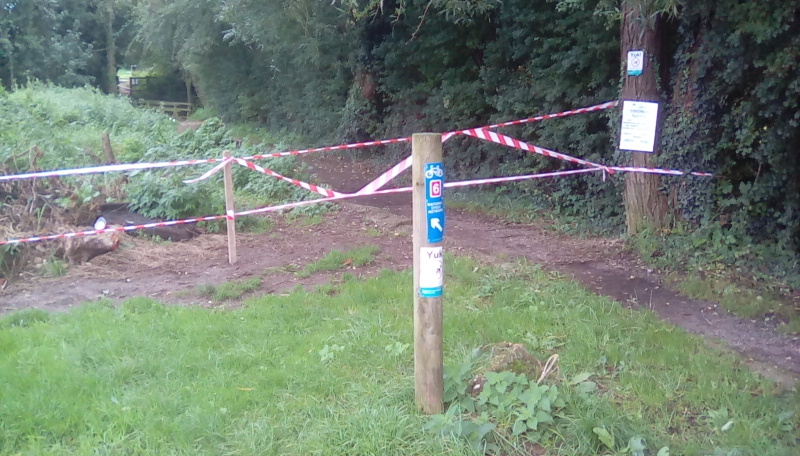