Andy Savage at www.derbyphotos.co.uk is a supporter of the DSCT and produced some excellent aerial 360 photos in June 2021 along the canal route, with footage from just north of Kiwi Park, at the London Road Bridge and at St. Osmund’s Church.

The historic canal route runs along the western edge of Alvaston for 1.7 miles. The restoration would bring significant economic benefits to the area as it would introduce new opportunities for different types businesses to start up on sites that are currently dormant or underutilised. The presence of a canal would allow this part of Derby to expand and diversify its employment opportunities, in a way which is not currently possible.

Areas such as the Haydock Park industrial estate (in an area directly adjacent to Alvaston) would naturally be able to reinvent themselves as sites for activities such as boat building, boat maintenance, livery design and secure mooring services.

As has been seen in other parts of the UK, existing businesses along the route such as pubs would see an increase in trade not just from the addition of boaters to their customer base but also as a result of these places becoming known as “waterside venues”. Residents living near to the canal would also see an increase in the value of their property. 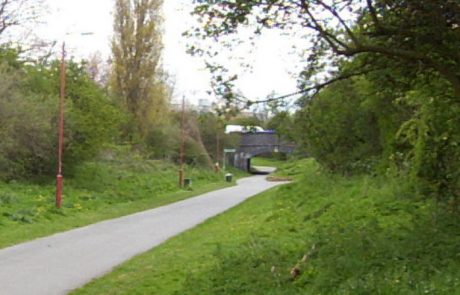 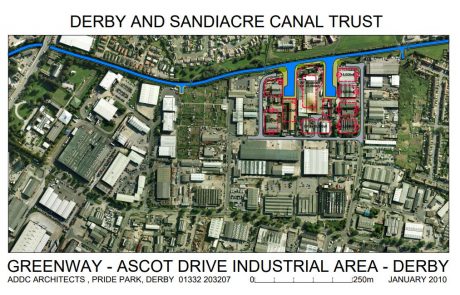 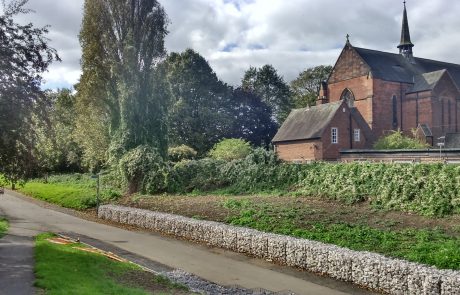 Working with our friends in Sustrans the canal restoration would not only involve the preservation of the existing shared pedestrian / cycle path but should also increase the amount of safer, off-road cycle paths and improve cycling connectivity with many more local areas by linking into the national canal network. The Trust would expect the tranquil setting of the canal to encourage more local residents to leave their cars at home and commute to work via sustainable methods.

The restored canal would re-introduce a “wildlife corridor” between Alvaston’s parks such as Kiwi Park and Boulton Lane Park and allow animals such as Water Voles, Dormice and Kingfishers to return to the area. The dense hedgerow being re-introduced to the sides of the route will also be a haven for birds.

The Derby and Sandiacre Canal Trust will soon ramp up its restoration activity along this section starting with the laying of new hedgerows in 2018.